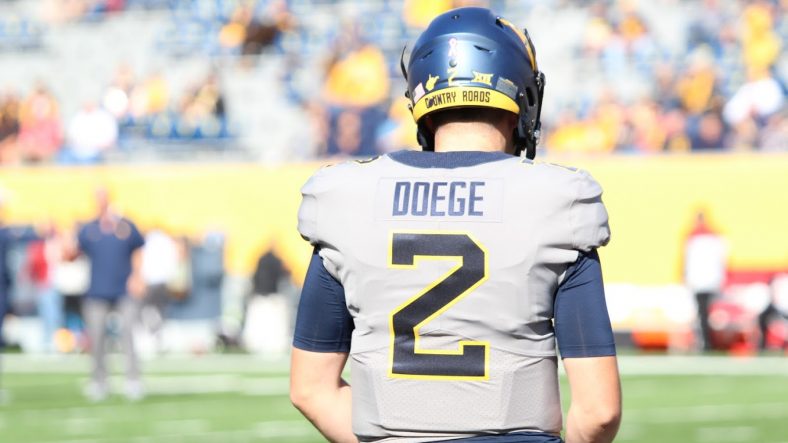 After the way last season ended, many assumed redshirt junior Jarret Doege was set to be the WVU starting quarterback this season. Well, now it’s official. Neal Brown named Doege the starter during his radio show. Doege gets the nod over redshirt senior Austin Kendall.

“We had a long quarterback battle, and we really feel like we have two quarterbacks on our roster that can win Big 12 games right now, which I think is a huge positive,” said Brown, per SI.com. “We hoped the competition was going to go through the spring, and we would be able to name a starter as little earlier, but it didn’t work out that way.

“We went three weeks into camp, had two true scrimmages and one kind of partial scrimmage, and after that, Jarett Doege will be our starter heading into the Eastern Kentucky game,” Brown said. “He won the job.”

Neal Brown has named Jarret Doege as his starting QB. Also lavishes praise on Fairmont Senior's C Zach Frazier, says true freshman will play at G and C and could be "great players".

With just a little more than a week away, Coach Brown is making the final adjustments to get his team ready to take on Eastern Kentucky.