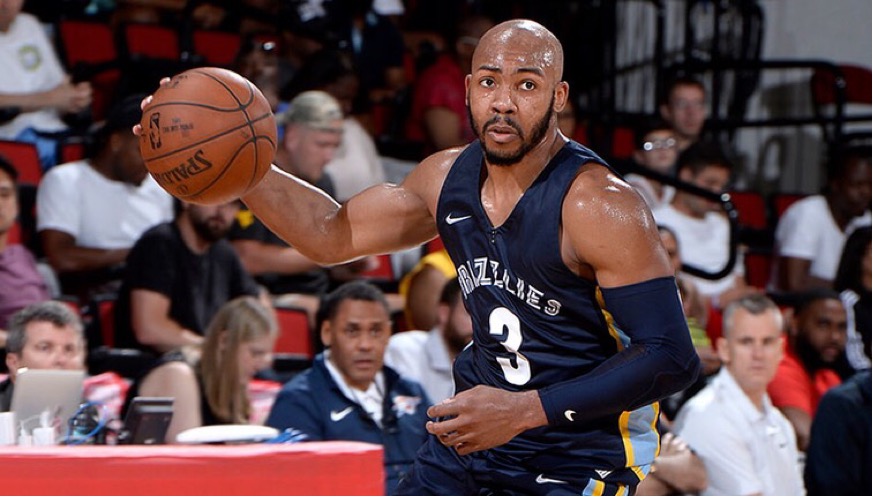 It is Jevon Carter’s Time to Shine in Memphis

It is Jevon Carter’s Time to Shine in Memphis

Jevon Carter had 15 points on 5-8 from the field and 4-6 from 3 point range in a Memphis 111-81 road game win in Dallas on Saturday night.  This was in 12 minutes of play.  Twelve minutes.  Delon Wright, the current 2nd team point guard for the Grizzlies, had 4 points (2-7  FG and 0-2 3PT) in 25 minutes.  The starter, Mike Conley, was 3-10 for 12 points in 23 minutes.  These were clearly off game for both Wright and Conley, but it’s becoming abundantly clear that Jevon Carter should be playing full-time and getting major minutes for the Memphis Grizzlies.  Not the Memphis Hustle in the G League.  The Memphis Grizzlies in the NBA.

Look, as West Virginia fans, Jevon Carter could lace up his sneakers and sit on the bench the whole game, and we’d be enamored with how well he did that.  He is a living legend in our state and we’ll forever respect and admire him for what he did for our basketball program and state.  We will show up in droves to watch him warm up during pre-game and not play in the actual game.  We adore Jevon Carter.  But as an objective, impartial, casual follower of the Memphis Grizzlies (and not an impassioned follower of Jevon Carter), it just doesn’t make a whole lot of sense why the Grizzlies’ staff is not using this failing year (25-39) to prepare for the future of the franchise. Is 31 year old Mike Conley the future of the franchise?  Is Delon Wright the future point guard?  The answer is no to both.  The only reasonable, rational answer is Jevon Carter. 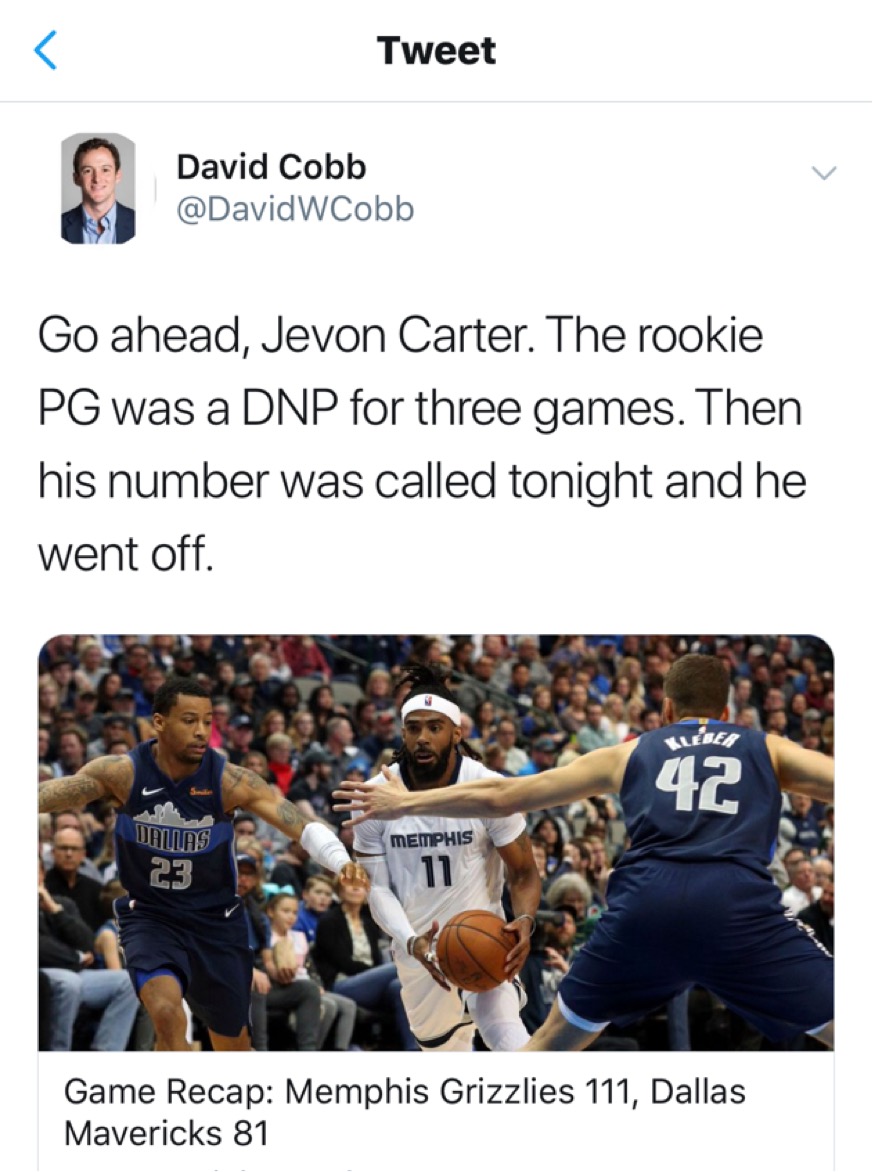 His defense and effort is unmatched.  He is a consummate professional.  Grizzlies’ coaching staff and front office have taken a patient route with Carter, but the question is why?  He leads the the G League with 3.2 steals per game.  He’s averaging 18.3 points, 5.1 assists and 4.9 rebounds in 33 minutes per game.  He is a lock-down, shut-down, defensive stopping savant.  West Virginia fans would make the argument for Jevon Carter to be playing more regardless of his production because we know what he’s capable of.  However, this is not a case of our admiration clouding our judgment.  Our favorite NBA player has earned it and deserves his opportunity to truly shine.  Jevon Carter is officially “Next-Level”-ready.

Our Exclusive Interview with Jevon Carter: