Is WVU Commit Aaron Lewis About to Flip to Michigan? 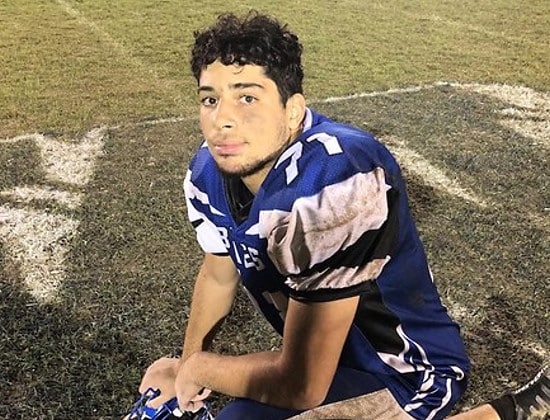 Well now there are grumblings coming from Ann Arbor that suggest Lewis could be on the verge of flipping from WVU to Michigan.

While Lewis once looked like a stone cold lock to head to Morgantown, after a visit to Ann Arbor, he’s clearly still considering his options.

This may come as a shock to many, but this happens every year. Top schools like Clemson, Alabama, Notre Dame, Ohio State and for some reason Michigan, are able to get top recruits to flip and join their class.

Let’s hope Neal Brown and staff are able to hang on to Lewis. Even more, let’s hope this is not a chain reaction that results in losing Lewis, Mayo and Austin-Cave.