Is Tony Gibson Out as WVU Defensive Coordinator? He Is According to This Recruit 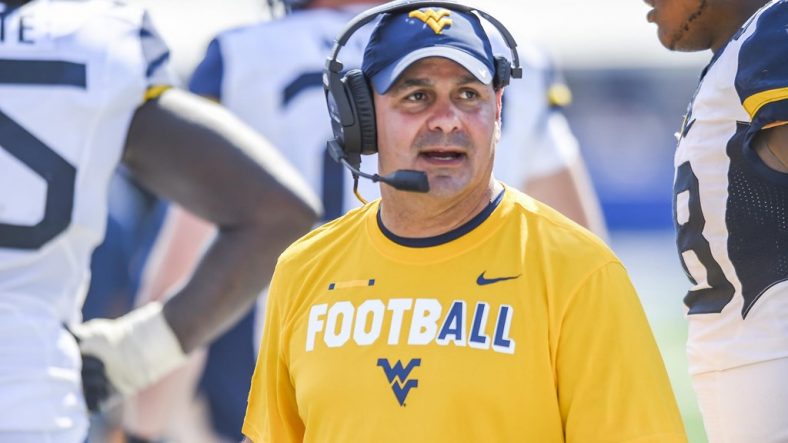 Mountaineer fans are excitedly waiting to see new coach Neal Brown put his staff together. One of the biggest questions is whether or not he retains defensive coordinator Tony Gibson.

Well, it appears that Tony Gibson is out as defensive coordinator. Our source? Rashean Lynn, a wide receiver recruit from Cocoa, Florida. He told Keenan Cummings of Rivals.com that the current Troy defensive coordinator Vic Koenning offered him a scholarship to West Virginia.

I’m no detective, but if Koenning is offering scholarships to players at West Virginia, then obviously Neal Brown plans on bringing him along to Morgantown.

Lynn is an unsigned Class of 2019 recruit who is looking to sign in February.

Many people were very curious about the fate of Gibson. While the Mountaineer defense obviously struggled during the 2018 season, many of the players view Gibson very favorably. There was even a push for him to become the head coach.

The rest of Dana Holgorsen’s former staff is still waiting for word on whether or not they will be retained. It is expected that a few of them will be joining Holgorsen in Houston, including receivers coach Tyron Carrier and running backs coach Marquel Blackwell. Cornerback coach Doug Belk received an offer but has not made it known whether or not he is accepting the offer.

Even if Gibson is not retained, he is still owed $950,000 for the final year of his deal he is under contract for. It has been reported that Brown will have around the same budget for his assistants as Dana Holgorsen did, at around $3.5 million. Shedding the $950,000 of Gibson would be a long way in providing flexibility for the rest of his staff.