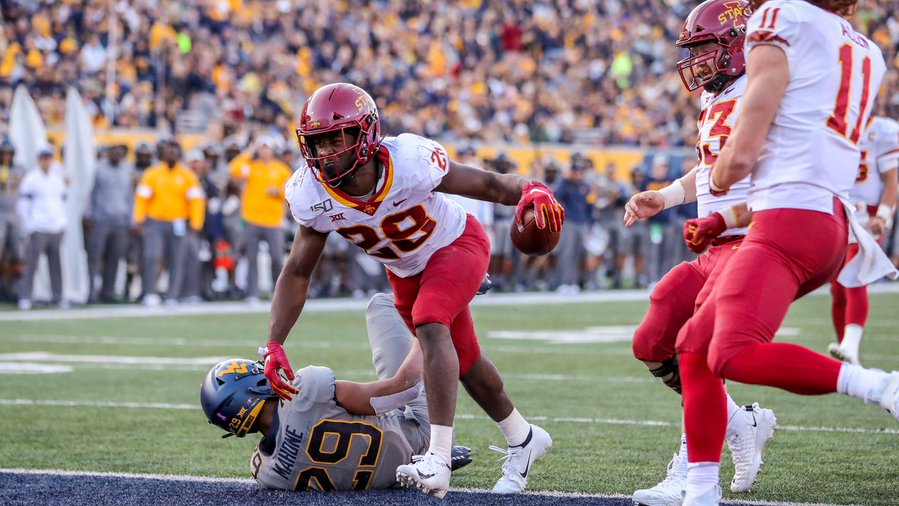 After Jack Allison led the Mountaineers to a touchdown drive to tie the game up just before the half it looked like West Virginia had all the momentum. Well, that didn’t pan out.

Iowa State completely dominated the second half, outscoring West Virginia by a final score of 38-14.

The only highlights from the Mountaineers were in the first half. West Virginia jumped out to a 7-0 lead when true freshman Tykee Smith picked one off and took it to the house.

WVU takes the lead on a pick six! @DanteStills puts on the heat and @TykSmith takes it to the house! pic.twitter.com/ceP9GzwhiE

Here is the touchdown pass just before the half that tied the game up at 14 from Jack Allison to T.J. Simmons.

Tie game at the half. 14-14. pic.twitter.com/NROgljaWwQ

The loss drops West Virginia to 3-3 overall and 1-2 in the conference.

Things don’t get any easier as next up for the Mountaineers is a trip to Norman. The Mountaineers take on the Sooners at noon a week from today and the game will be televised by FOX.

WVU – Iowa State First Half Highlights
“Worst Half of My Football-Watching Career!” or “Trey Lowe Time?”