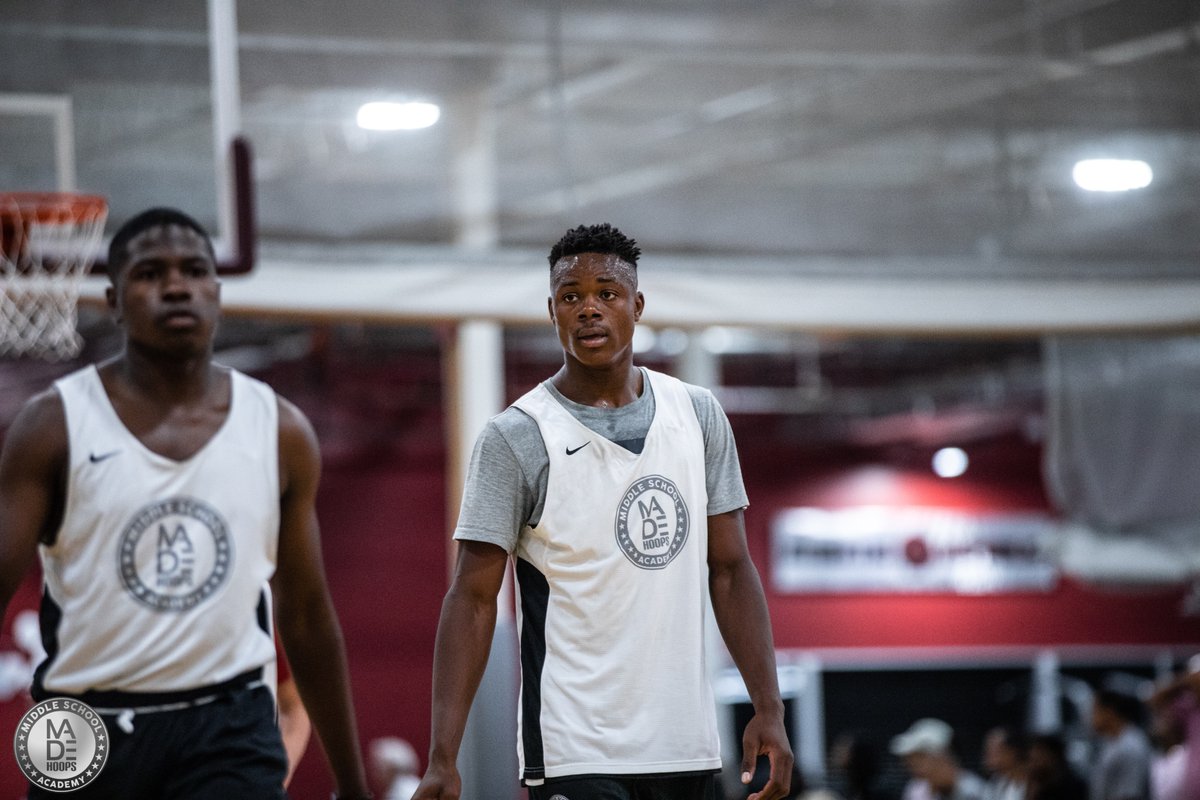 Oscar Tshiebwe, the 5 star West Virginia basketball signee, is on his way to Morgantown to play as a Freshman for the Mountaineers next year.  Tshiebwe is the most talented Mountaineer recruit in decades and destined for greatness playing at the Coliseum.  Because of his incredible talent, it’s unlikely that he will stay at WVU for all 4 seasons and will almost certainly leave early for the NBA.  However, there could be another Tshiebwe on his way to Morgantown.

Oscar has a younger brother, Debaba, who is making a name for himself as a young rising basketball star.  Debaba, who just wrapped up his 8th grade year, plays for the “Wildcats Select” 15 and Under team and trains with “WV Mpact”, an AAU/Training Program.

Debaba Tshiebwe, a 6’5 220 pound 14 year old, has plenty of time to grow but has already developed physically into an incredibly strong young man. Eric Hampford, the Director of Scouting for MADE Hoops, called the younger Tshiebwe “a physically dominant forward with a non-stop motor.”  That sounds very similar to his older brother, Oscar.

The 2023 recruit continues to steadily show major progress and on June 17th won the Most Improved 8th grader at the MADE Academy.  According to the WV Mpact, “Debaba is a physical specimen just like his brother was at a young age.  He didn’t have the greatest weekend offensively, but he showed that he is a monster on the glass and will alter shots.  The big man runs the floor well and has a high ceiling with his potential.  He is still raw and working on his game, but as a 2023 recruit, we know that soon he will be a beast and a force to be reckoned with.”

With four years to grow and mature, Debaba could potentially grow to be taller and even more polished than Oscar by the time he enters college.  Although there is obviously no guarantee that Debaba will come to WVU, the Mountaineers certainly be in the mix for his services.