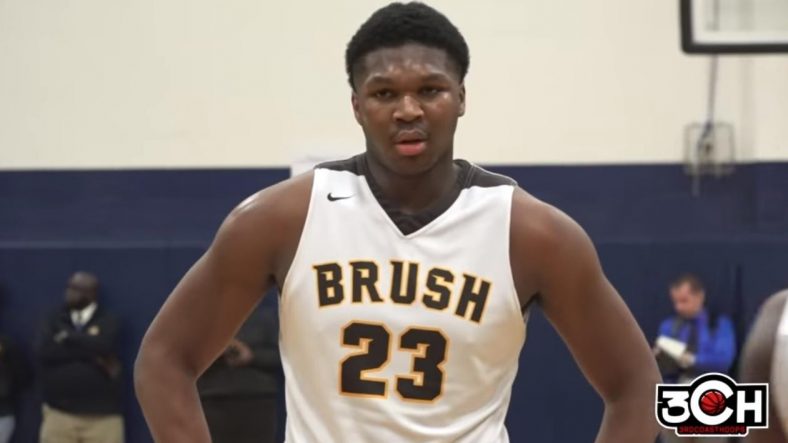 John Hugley, a 4 star recruit out of Brush High School in Cleveland, Ohio, has a body and a skillset that is college-ready.  At 6’9 and 250 pounds, Hugley will step on a college team’s floor and be ready to contribute on the very first day.

Blessed and highly favored. First I would like to thank god, my family and all my coaches who have helped me along the way. Thanks to all of the schools who have recruited me? With that being said here is my top 12..??? ONLY THE BEGINNING ‼️ pic.twitter.com/rG1LxawKVi

Right now, Pitt is considered the favorite to land Hugley, but this is only the beginning of his recruitment.  The 2020 recruit has visited Pitt three times in the past year and has only visited two other schools (Nebraska and Penn State) so far.

Although Pitt is the clear favorite early on, bringing him to Morgantown for a visit would almost certainly change that.  In addition, Bob Huggins has a lot of clout still in the state of Ohio and he was able to land former Cleveland-area top recruit Esa Ahmad.

Snagging Hugley from Pitt’s grasp would be huge and Hugley would fit in perfectly with outstanding post-players and rebounders, Derek Culver and Oscar Tshiebwe.  Hugley, who weighed over 310 pounds as a Sophomore, has become dedicated to losing weight and gaining muscle.  If he gets into the weight room at WVU and under the guidance of Bob Huggins, his potential is truly unlimited.