Inside the Mind of Five-Star Offensive Tackle Darnell Wright 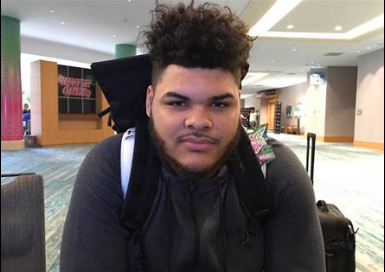 The future of our football team’s offensive line, of our offense, of the Neal Brown era at WVU is in Huntington.  That’s a lot of pressure for an 18 year old kid. He is going to disappoint hundreds of thousands of people regardless of where he decides to play college football.  Darnell Wright is a very typical 18 year old. He plays Fortnite, he posts videos on social media, he’s whimsical, he’s a teenager. He just so happens to be 6’6 and 320 pounds, and the most skilled high school football player in the state of West Virginia in the last decade.

To predict what teenagers care about is difficult.  I doubt that Darnell Wright really knows what he wants to do yet, but we’re going to delve inside his mind anyway.  If I’m Darnell Wright, I want to play in the NFL. I want to be rich. I don’t want to worry about school and I certainly don’t care about being my state’s “hometown hero.”  My only goal would be becoming rich. If West Virginia gives me the best chance at that, great. If it’s Tennessee, then I’ll go play for Tennessee for a couple of years. To suggest that he’ll stay in West Virginia to make anyone else happy is foolish.  Frankly, it would be wrong of him to consider anyone else’s feelings but his own when making this decision.

To be clear, it’s going to come down to West Virginia and Tennessee.  And it’s close. Very close.

Neal Brown and his entire coaching staff visited Wright in his hometown of Huntington this week.  It’s very unusual (unheard of?) for an entire staff to visit a recruit, and Brown is obviously sending the message that WVU wants (needs?) him badly.  This is Brown’s first opportunity to keep a big-time recruit home and he is going all-out to make it happen.

Wright is taking his final official visit today to Knoxville, TN, where he will be wooed and promised the world.  They will remind him that they have believed him in for a long time, that he has been “their guy” for years, and that this late run at him by his home state team should not even be considered.

So what will he ultimately consider before making his choice?  I believe playing time, how comfortable he is with the staff, which place will give him the best opportunity to be successful, and finally, and likely most importantly, how quickly can he get out of there and into the NFL making millions.

He will be penciled in immediately as a starting offensive lineman on both teams.  He’ll find that this will be a non-factor after both coaches promise him an immediate starting position.  Tie

How Comfortable He is With the Staff:

Where Will He Be Most Successful:

Coach Neal Brown needs him to not only be the backbone of his offense but also to kick-start his campaign of keeping elite West Virginia recruits home.  If Coach Brown were here a year earlier and had more time, he would get him. However, Tennessee has been on him too long and the SEC has a history of putting players in the NFL.  My heart says West Virginia but my head says he’ll be a Tennessee Volunteer next year. Unfortunately for our state and football team, Darnell Wright’s road to the NFL is paved in Orange.