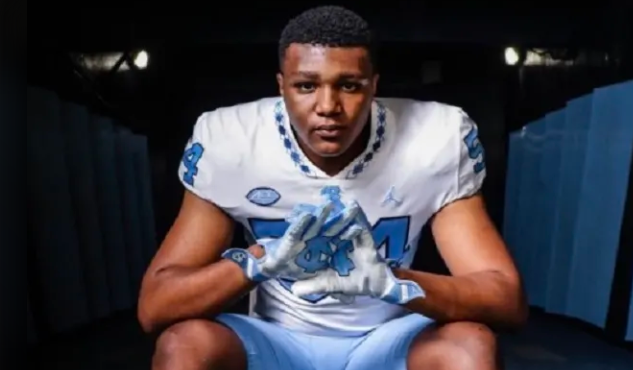 Losing a top recruit to North Carolina would be one thing is this was basketball. But football? That’s what happened when in-state stud Sean Martin committed to the University of North Carolina.

While West Virginia wasn’t the only other school the defensive end was considering, it was considered very likely Martin was headed to WVU. In fact, 247Sports’ Crystal Ball had Martin at a 100% chance to be headed to Morgantown. Chris Anderson of EerSports incorrectly predicted that Martin was going to be a Mountaineer earlier this year at the end of March. Other schools who had offered Martin include Penn State, Baylor, Michigan State, Maryland, Oregon, Pitt and Virginia Tech.

Don’t look now but the Tar Heels are putting together and impressive calls. The commitment by Martin puts them at No. 9 in the nation, according to 247Sports.

Also, this isn’t the first time a football recruit has chosen UNC over WVU. In fact, it’s not the first time it’s happened this month. Another defensive end, A.J. Beatty of Central Catholic (Pittsburgh), committed to North Carolina on June 9th.

So who does Coach Brown and the rest of his staff have their sights on now? Another defensive end, Quentin Williams of Charlotte. It should come as no surprise that this young man also has the Tar Heels in his sights. Could this possibly be the third defensive end of the Class of 2020 to spurn WVU for the Heels? Not if pops has anything to say about it.

If you take a quick scroll through Joe Williams’s Twitter feed, it’s not hard to see where he wants his son to play ball. Though part of that could be attributed to the fact that Quentin has made one official visit and it was to Morgantown.

With the season right around the corner and the recruiting trail on fire, it’s certainly an exciting time for WVU football fans.