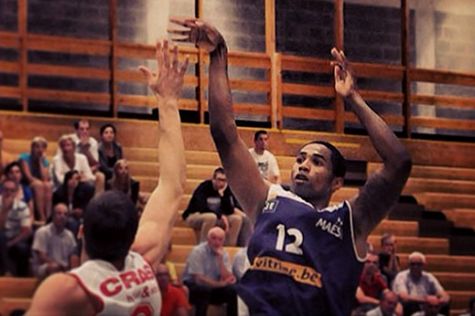 Da’Sean Butler is back on the court playing professional basketball for Belgium for Okapi Aalstar. He sent out a pic of himself during a game on Instagram saying: “Feels good to be playing ball again! A blessing.”

We than tried to track down his process and found an overseas article about him. We apologize for the bad translation, but it almost adds to the fun!
Check it out:

‘Da’Sean Butler impressed. He plays with a heavy elbow, but says he is now pain free plays. He dropped bombs after the break by the hive that it was a pleasure and crowned himself the man of the match. With his experience in the NBA he provides added value. After peace was not only Butler but the whole team’s turnaround. In preparing it happened that we were fighting when it was less for each other. We came strong out of the locker room after the break and were rewarded. The Supercup we have a third bite trophy for the club. For the fans, this price is important. Our sixth man played a decisive role in our comeback after the break. “