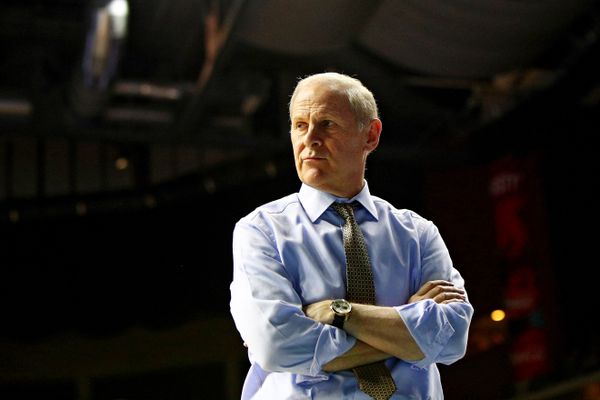 As I watched John Beilein’s introductory press conference with the Cleveland Cavaliers this afternoon, I couldn’t help but to feel a little sad that he is no longer the coach at West Virginia University

As I watched John Beilein’s introductory press conference with the Cleveland Cavaliers this afternoon, I couldn’t help but to feel a little sad that he is no longer the coach at West Virginia University.  Beilein is a masterful strategist, a consummate professional, a real joy to watch coach.

This is in no way an indictment against Bob Huggins.  Huggins is just as deserving of Mountaineer fans’ respect and love, but Beilein brought something very different to West Virginia University.  His NCAA Tournament runs with Kevin Pittsnogle, Mike Gansey (who is now his Assistant General Manager), Tyrone Sally, Johannes Herber, J.D. Collins, Frank Young, Darris Nichols, etc. were some of the most entertaining, magical moments that I’ve experienced as a Mountaineer fan.

He took players that had no business competing with the blue-blood programs in country and beat them.  WVU’s double overtime win against the Chris Paul-led Wake Forest team in 2005 in the NCAA Tournament was simply one of the most exciting, captivating moments many West Virginia fans will ever get to be a part of.

Beilein always gets his players to play the game the way that it should be played and it’s a beautiful thing.  Beilein’s teams have never been built on getting the biggest, the strongest or necessarily the most talented players.  John Beilein coaches his teams to out-smart the opponent, to find their weaknesses and exploit them, to use passing and good ball movement and precise shooting to beat teams bigger and stronger and more talented.  In other words, his team is always the most prepared.

Watching Beilein’s teams with Michigan was always a real pleasure for me.  I always hoped for them to do well and win, unless they were playing the Mountaineers.  I think he’s the best mind in basketball and I love to watch his mastery of the game.  Now as he joins the Cleveland Cavaliers as their coach, I look forward to him outsmarting and out coaching teams that are far more talented and more experienced.   The Cavs are a perfect rebuilding project and a perfect opportunity to prove once again why he’s widely considered one of the best minds and most respected coaches in basketball.