Huggins’ WVU stumbles in second half to Xavier 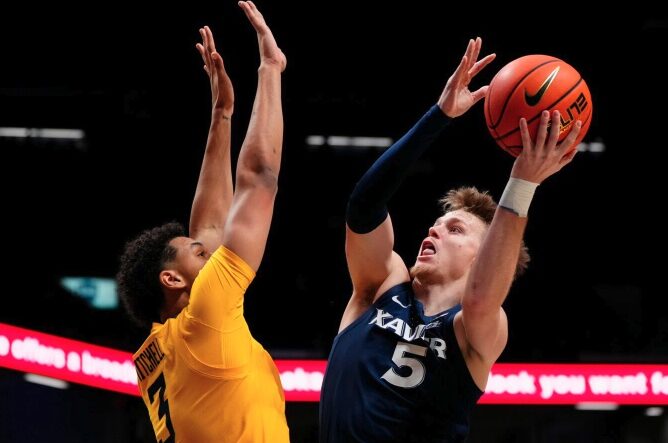 CINCINNATI, OH—-A  rowdy home crowd of over 10,000 helped Xavier knock off WVU 84-74 in a game where the Mountaineers had a 43-36 advantage at the half. When Huggins coached at Cincinnati, Xavier was a cross town rival just four miles away.

The Mountaineers led for almost three quarters of the game. WVU basically lost the game at the free throw line. Erik Stevenson had 16 points. Xavier shot 53.8 percent from the field compared to  WVU’s 45.8. WVU was 47.4 percent for three pointers compared to 41.7 from the Musketeers.