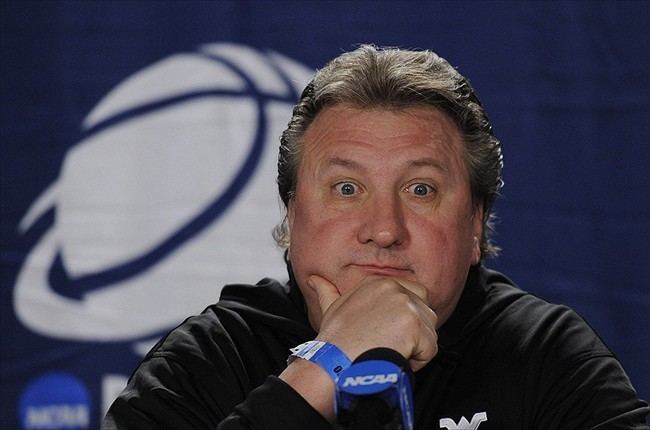 Bob Huggins, in his first press conference of the basketball season, expressed restrained optimism about his young team and satirically compared Bob Huggins the player to his current players.

Huggins played for the Mountaineers from 1975-1977, averaging a modest 9.8 points, 3.3 rebounds and 3.3 assists per game.  He also shot 47% from the field and 81% from the foul line during his career at WVU.  In addition, the 6’3 guard was a tough-minded player who gave 100% effort every single game.  Although he wasn’t a particularly flashy player, he didn’t make a lot of mistakes and was an excellent defender.

In his first press conference of the 2019-2020 season, Huggins said, “I told our guards the other day that the good thing about them is every time I go out to coach them I realize what a hell of a player I was. I didn’t do near the dumb things they do.”

“I knew if a guy was open you are supposed to pass it to them, not hold it until he’s covered. That’s a good feeling to have, you know. I’m telling you right now, I was pretty damn good.”

He was then asked if he was good enough to start on the team and Huggins replied, “Start?  I’d be the captain!”

Although he was clearly joking, there was some veiled truth in this innocuous statement.  After following Huggins’ career for many years, it’s clear that Bob Huggins the coach just wants a player like Bob Huggins the player: a tough, hard-working player who values defense and doesn’t make many mistakes on offense.

Huggins’ dream player is himself in college, a player who moves the ball, takes good shots and gives maximum effort every minute he’s on the court.  So even though he was never as gifted athletically as anyone on the current team, Bob Huggins the player would absolutely start and be the captain on this year’s extraordinarily-talented team.