Huggins is Tanned, Rested and HAPPY 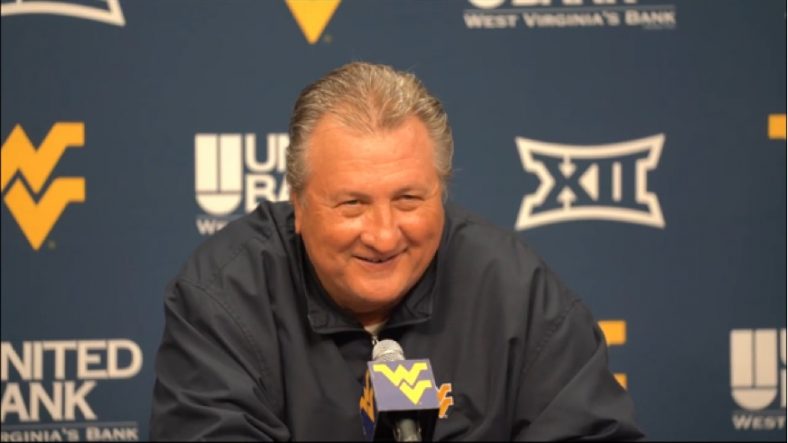 Bob Huggins met with the press for the first time this season and he looks like a new man.  He’s tanned, he’s rest and he appears to be very, very excited and happy about his team and the upcoming season.

The additions of Oscar Tshiebwe, Sean McNeil and Miles McBride have already infused a new sense of enthusiasm within the team.  Bob Huggins’ players should enjoy the process of getting better and tougher and this team loves to work.  Comparing last year’s team to this year’s team, Huggins said, “A year ago, it was like you’re trying to coach effort and you’re trying to coach basketball, and it’s hard to do both.  These guys, their effort’s been terrific, their attitude’s been great and they spend a lot of time here.”

This team will undoubtedly make life easier for Bob Huggins and make it much more enjoyable to come into work every day.  The current roster is filled with players that have the intrinsic values that Huggins finds most important.

Huggins seemed particularly excited about the progress of Sophomore forward Emmitt Matthews, Jr., who he said has not only gotten bigger and stronger but has also grown leaps and bounds from last year.  Huggins said that Matthews has improved more in the offseason than anyone in recent memory and that it is clear that he has been working really hard on his game.

Media members in attendance asked Huggins about the possibility of last year’s sensation Derek Culver and this year’s newcomer Oscar Tshiebwe coexisting and Huggins expressed excitement about them playing together, at the same time.  When asked what he would expect from a lineup with both in at the same time, Huggins grinned and said, “Lots of rebounds.  Lots of rebounds.”

Jordan McCabe’s leadership and desire to get better has seemingly started to rub off on several players.  Huggins said that McCabe asked to cut back a bit coming off his recent surgery to repair his torn meniscus.  Asking players to do less is not something that Bob Huggins is accustomed to doing.

In addition to his current players, Huggins expressed real joy about having several of his former players hanging around the WVU practice facility, which he referred to “as the best practice facility in the country.”  Huggins has opened the doors to former players and has really encouraged them to come back to continue practicing and training by offering them their own locker room and facilities.

Many former WVU players (Joe Alexander, Truck Bryant, Kevin Jones, Jaysean Paige were a few of the players mentioned) will play in The Tournament later this month and they have been training for it in the practice facility.  It’s a great opportunity for the former players and it’s also wonderful for current players to see how former WVU greats train and prepare for the game.

Overall, it’s a great atmosphere and there’s outstanding energy surrounding the WVU Basketball team.  Bob Huggins has the players he wants, the facilities that he wants and a real optimism that the team’s potential is limitless for this year and many years in the future.