Huggins Has A Lot of Reasons to Smile 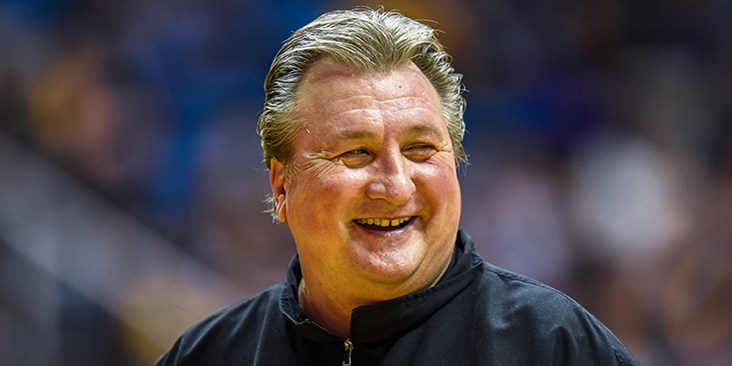 Last season will soon be a very distant memory.  Bob Huggins has been busy since the end of last year’s dismal 15-21 season and the addition of four star in-state talent Jalen Bridges puts the Mountaineers in position to contend for the Big 12 Championship immediately.  In fact, WVU has the talent to compete with anyone in the country.

Bridges, from Fairmont, West Virginia, just 20 miles from Morgantown, initially planned to make his commitment announcement on Halloween but was apparently so impressed by his official visit that he decided instead to stay home and commit to the team following his visit.

Bridges is not a typical Bob Huggins style player.  He’s not a great rebounder, he’s not a tremendous defender, but he has all the potential in the world and he couldn’t have picked a better coach to take his game to the next level.

Bridges is a player capable of helping the team immediately and he may have that opportunity sooner rather than later.  He intends to enroll at WVU immediately or perhaps in January and will be eligible to play for the Mountaineers this year.

Coming off a very successful 3-0 trip to Spain, Huggins’ team looked like a completely different group.  Even without freshman sensation Oscar Tshiebwe, the Mountaineers showed a cohesiveness and ability to score from multiple positions which they lacked last season.  An explosive offense to match the defensive intensity of all of Huggins’ teams will be difficult for any team to handle.

In addition to Tshiebwe, who will be an absolute force in the paint as a Freshman, Huggins added his top two shooting guard targets with the additions of JUCO studs Sean McNeil and Tajzmel “Taz” Sherman, as well as Freshman guard Miles McBride, who looked like an already polished scorer and defender in Spain.

Cottrell, one of the most talented players in the 2020 class, is committed and his length and athleticism will provide more immediate depth at the forward position.  Cottrell has a high motor, is a big-time rebounder and most importantly, like Bridges, is just a really great young man who cares about winning.

In addition, Bob Huggins isn’t done.  Jameyn Brakefield, a 6’8 210 pound 5 star power forward, is the 34th ranked player in the country, the top rated player in the state of West Virginia according to 247 Sports and will be teammates with Cottrell this year at Huntington Prep.

Mountaineer fans will forget all about last season in the coming years.  If you see Bob Huggins smiling a lot more this season, it’s because the future is incredibly bright in Morgantown and he finally has the type of players again that can bring a national championship to West Virginia University.