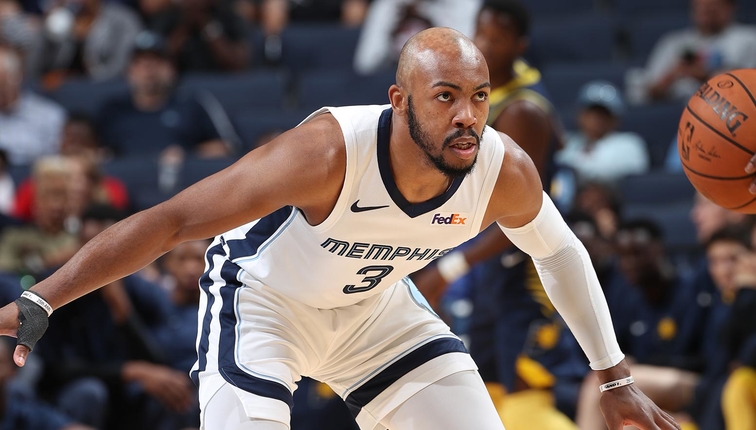 The Memphis Grizzlies moved up in the NBA Draft Lottery tonight and landed the #2 overall pick in June’s 2019 NBA Draft.

The Memphis Grizzlies moved up in the NBA Draft Lottery tonight and landed the #2 overall pick in June’s 2019 NBA Draft.  Coming into the Lottery, Memphis had a 6% chance of landing the 1st overall pick, a 6.3% chance of getting the 2nd pick and a 26.2% chance of being in the Top 4 overall.  In other words, the Grizzlies absolutely hit the jackpot.

However, this turn of fortune for the Grizzlies might not be the best news for former West Virginia Mountaineer Jevon Carter.  Carter, who averaged 4.4 points, 1.7 rebounds and 1.8 assists a game last year as a Rookie, was slated to potentially compete for the job as the starting point guard or a key backup off the bench.  With point guards Mike Conley, Delon Wright and Jevon Carter (and combo guard Avery Bradley), there appears to be a logjam at the position.  However, Conley is aging, Wright does not have starter talent in the NBA and Avery Bradley is more of a shooting guard.  Jevon Carter seemed to be in great position to potentially start or at least get a lot of playing time.

The New Orleans Pelicans also moved up and won the lottery, landing the #1 overall pick and will almost certainly select Zion Williamson with the top pick.  As previously stated, the Grizzlies got the second pick.  In virtually every Mock Draft, ultra-talented Ja Morant, the 6’3 point guard out of Murray State, has been slotted as the #2 pick and has been universally considered the second best player available in this year’s draft class.

Morant averaged 24.5 points, 10 assists and 5.7 rebounds per game as a Sophomore last season.  According to some NBA Scouts, Morant is so good and NBA-ready that he could even be considered as the top overall pick.

Texted with an NBA scout last night. FWIW: Told me “I never like guys whose best skill is ‘motor’ or ‘athleticism.’” Means they don’t have other skills. Also said he’d take Ja over Zion 100/100 times. My Ja scout will be out in the next couple days.

Taking Morant over Zion Williamson is unlikely and Morant is simply too good to pass up on at #2.  This of course will result in the Grizzlies taking Morant.  With Conley, Wright, Bradley, Carter and Morant, it’s very possible that Carter is once again the odd man out in his 2nd NBA season.  The NBA Draft is over a month away and anything can happen, but the Grizzlies landing the 2nd pick overall doesn’t appear to be great news for former Mountaineer great Jevon Carter.