How Good Are The Mountaineers? 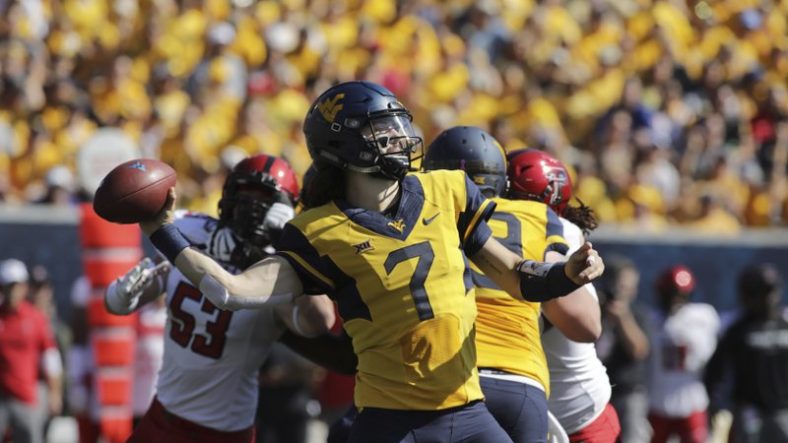 Midway through the third quarter of the WVU-Baylor game the Mounties appeared to be in full control. Stud quarterback Will Grier was slinging the ball all over the yard. David Sills was making highlight catches and padding his nation-leading touchdown total. It looked like the Mountaineers were ready to head into Saturday’s showdown with Oklahoma State on ABC.

???? Highlights from tonight’s 38-36 victory over Baylor in Waco. pic.twitter.com/ddgQbjj2qo

While it maybe true that the Mountaineers had never won in Waco, this game was supposed to be a gimme. The Bears did put a scare in the Oklahoma Sooners when they came to town, but when you face a team that is 0-6, a win shouldn’t be this hard to come by.

You can try to look at the different performances in the year in coming up with an answer. It’s hard to do this because WVU’s performances have been all over the place. They played right with ranked teams Virginia Tech and TCU while having a chance to tie or take the lead late in both games. They made the Kansas rushing attack look all-time great. What do you make out of an incredible first half against East Carolina?

To make it simple, the Mountaineers have been a model of inconsistency. How could a team play such a great third quarter while thoroughly dominating and then get outscored 23-0 by a winless team? That’s just how this year’s Mountaineer team rolls.

While the Mountaineer offense is great, they’ve done it against some incredibly bad defenses. Out of 129 FBS schools, Baylor is 125th, Kansas is 115th and East Carolina is dead last. This is their ranking in yardage allowed. So WVU has piled up a lot of yards against teams that generally allow teams to pile up a lot of yards.

We’ll find out a lot more about the Mountaineers on Saturday at noon. A showdown between top of the top quarterback in the nation. Oklahoma State’s Mason Rudolph leads a high powered offense into Morgantown while Will Grier and David Sills are ready to prove they can get a win on the big stage.

So how good are the Mountaineers?

Tune in to ABC on Saturday at noon where we’ll learn everything we need to know about how good this Mountaineer team is.

This week it's True Blue vs. Oklahoma State! 60,000 blue shakers are coming to the stadium. BUY TIX: https://t.co/tF4MBdHH3J pic.twitter.com/Mw5Cz4jR6C