How Does Gary Jennings Jr’s NFL Combine Results Stack Up Against the All-Time Best WVU Showings at the Combine? 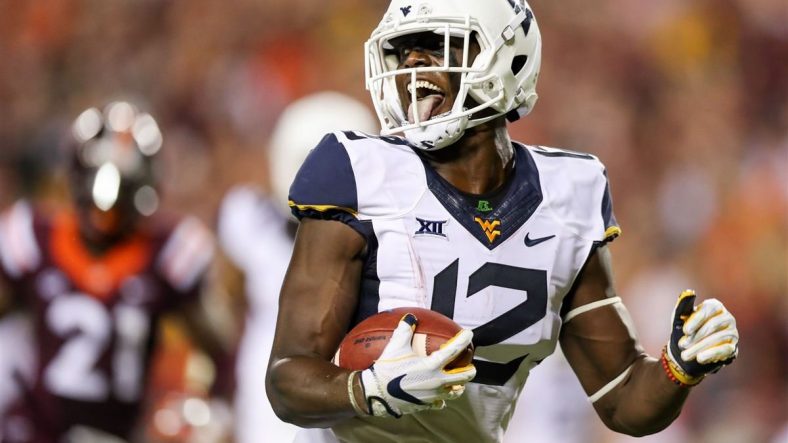 At the NFL Combine, Gary Jennings Jr. did plenty to boost his stock in the NFL Draft. It could push him into the top of the third round or even the second round.

Jennings exceeded expectations when he ran a 4.42 40-yard dash. How did this stack up against the fastest Mountaineers in NFL Combine history? It ranks him fifth.

The four Mountaineers who ran faster?

Think about that for a minute. With the size and speed Irvin has is it any surprise that Pete Carroll saw something in Irvin and “reached” for the former Mountaineer and took him in the middle of the first round?

All of these former Mountaineer burners were first round draft picks. This just shows you how valuable speed is to the NFL scouts. Tavon and Pacman were first round picks, despite being undersized. At 6’1″ and 214 pounds, Jennings Jr. has ideal NFL wide receiver size.

Jennings also did very well at the broad jump with 127 inches. This is the second best broad jump all-time among Mountaineers, the only person high was Darius Reynaud who was able to get 130 inches.

Keep in mind this was West Virginia’s No. 2 wide receiver. It could be a while before there is another receiver tandem at West Virginia University like this.

Tackle Yodny Cajuste is another Mountaineer that could be drafted much higher than initially projected. Despite being injured and unable to partake in much at the NFL Combine, he was able to do 32 reps in the bench press, which is the highest mark ever for a Mountaineer.

#WestVirginia LT Yodny Cajuste showing his ability to get work up the field and hit his target. Pretty mobile big man. #NFLDraft pic.twitter.com/kYougnTynV

Cajuste was initially projected as a middle round (three to five) prospect and is creeping up closer to the second or third round range. He is projected as a starting left tackle in the NFL.

Other players who are projected to be drafted include quarterback Will Grier, h-back Trevon Wesco, receiver David Sills and linebacker David Long Jr.

The NFL Draft will run from Thursday April 25th to Saturday April 27th.