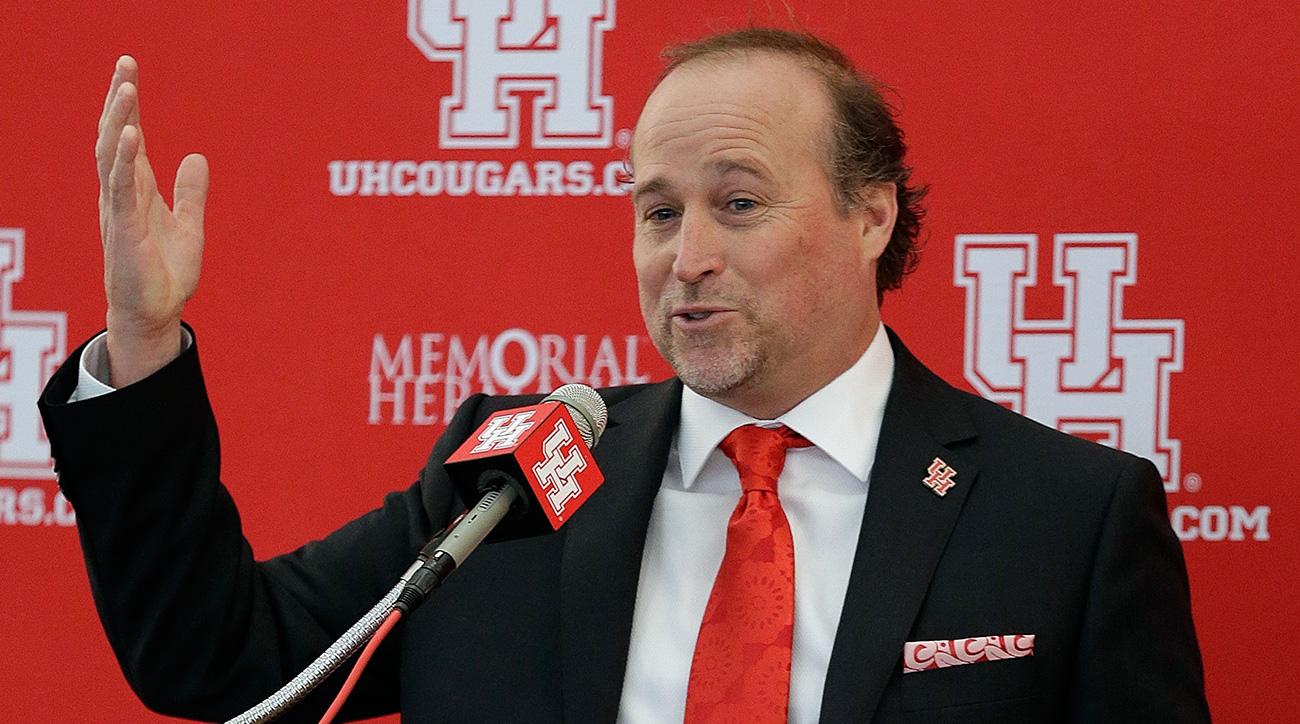 How did Dana Holgorsen last so long at WVU?

How did Dana Holgorsen last so long at WVU?

Now that Dana Holgorsen is gone, it’s hard to believe that we ever accepted him as our football coach.  His morals are as sparse as the hairs on the top of his head.  His antics on the sideline as well as his post-game interviews were downright embarrassing.

He doesn’t have a single characteristic that we as West Virginians value.  He’s not a family man, he’s not humble, he’s not a particularly hard worker.  He was aloof and he was indifferent towards the magic and majesty of West Virginia.  He wasn’t dignified and he wasn’t respectful, he was gruff and he was vulgar.

Head coaches of football programs  are often the de facto faces of states, particularly in West Virginia where there are no professional teams.  It’s humiliating to think that a Red Bull-chuggin’, headset-slammin’ little twerp with a small man complex and an Ernie McCracken from Kingpin hair style represented our amazing university and our wonderful state.  Unfortunately this is what a large portion of the country pictured when thinking about West Virginia for the past 8 years:

Bill Murray as “Ernie McCracken” in the motion picture “Kingpin”

He wasn’t just a bad representative of our state, he was an absolutely terrible representative of what it means to be a Mountaineer.  West Virginia University’s motto is “Add to your faith virtue and to virtue knowledge.”  Holgorsen wouldn’t know virtue if it bit him on his ass.  His moral standards are questionable at best.  When he was escorted out of a casino drunk and then Athletic Director Oliver Luck passed it off as “inappropriate behavior” without punishment, it was his only public stain on his reputation, but Holgorsen will never be considered a high character guy.  He’s swarmy, sleazy on his best day.

When he was hired as the Offensive Coordinator/Head Coach In-Waiting back in 2011, Oliver Luck, who is an outstanding mind in the world of sports, clearly put dreams of success by way of the flashy so-called Air Raid offense above everything else.  He overlooked Holgorsen’s obvious lack of fit in Morgantown, his lack of gravitas, his outrageous inexperience as a Head Coach for a pipe dream of out-scoring the rest of the Big 12 in 70 point shootouts with inferior talent compared to the rest of the league.

Luck was partially right.  Holgorsen’s teams were often able to out-score Big 12 opponents, but WVU never reached its full potential under him.  Holgorsen and WVU were stuck in a purgatory of sorts: he wasn’t successful enough to be courted by other programs and he wasn’t unsuccessful enough to be fired.  Both parties suffered through years of mediocrity.  WVU didn’t particularly want him and Holgorsen absolutely didn’t want to be in Morgantown.

Dana Holgorsen belongs where he always wanted to be, Texas.  He would’ve taken any job in Texas as long as the money was comparable.  Holgorsen can claim that the challenge of building Houston into a top-tier Power 5 program is what drew him there, but the truth is he simply never fit in West Virginia and never belonged in Morgantown.

West Virginia University now has the face of the program and our state that we can all be proud of.  Neal Brown is everything that Dana Holgorsen never was and never will be.