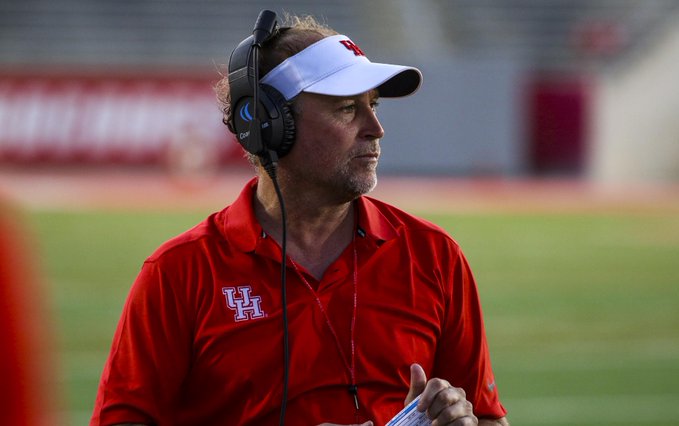 I know, I know, putting a Dana Holgorsen story up may ruffle some feathers. But this is too good not to share. Houston lost to Tulane on Thursday night in devastating fashion.

After a quick start, the Cougars jumped out to a 28-7 lead with 13:16 to go in the 2nd quarter. Tulane responded with a touchdown and the Cougars took a 28-14 lead into the half.

Give credit to the Cougars. They responded with a 68 yard drive and tied the game with 21 seconds to go.

Tulane took over on their own 29 yard line with just 21 seconds left and put together an insane two-play drive that resulted in an incredible win.

In the first play of the drive Tulane appeared to be coming out to kneel down and take it to overtime. Instead this happened:

TULANE WITH THE ANNEXATION OF PUERTO RICO OUT OF NOWHERE https://t.co/eWAuGtZqzj

Now with the ball near midfield, Tulane had their sights on getting into field goal range. Justin McMillan had other ideas. He went up top and hit Jalen McCleskey with a 53-yard touchdown pass which ultimately gave the Green Wave the win.

With the loss Houston falls to 1-3. Up next for Dana Holgorsen and the gang is North Texas.