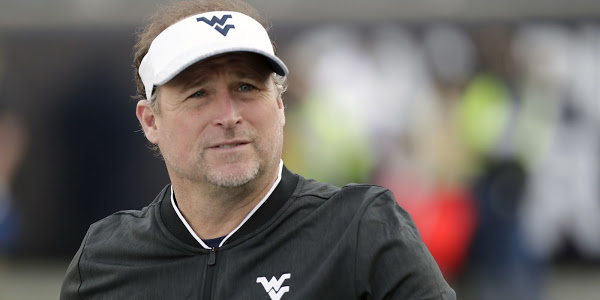 Things between Houston and Dana Holgorsen are heating up after Houston asks WVU for permission to interview Dana Holgorsen, according to a report from the AP. Momentum is building toward Holgorsen leaving Morgantown to become at the head coach at the University of Houston.

According to a report from the Houston Chronicle, West Virginia granted the permission that was requested.

On Tuesday Dana Holgorsen’s buyout to leave Morgantown drops from $2.5 million to $1 million.

Holgorsen was the offensive coordinator at Houston from 2008 and 2009.

At the conclusion of this season, Holgorsen and West Virginia were negotiating a new, higher-paying contract with a higher buyout. Holgorsen was asking for more money than West Virginia was willing to pay so the two were at a stalemate.

According to another source, Holgorsen has not be in touch with his coaching staff since the loss to Syracuse in the Camping World Bowl. Instead of returning to Morgantown, Holgorsen stayed in Orlando.

Houston coach Major Applewhite was fired on Sunday after going 15-11 in two season. He will be paid a $1.95 million buyout.

At least he is 1-0 vs. Pitt. For all intents and purposes, it looks like Dana is headed for Houston.