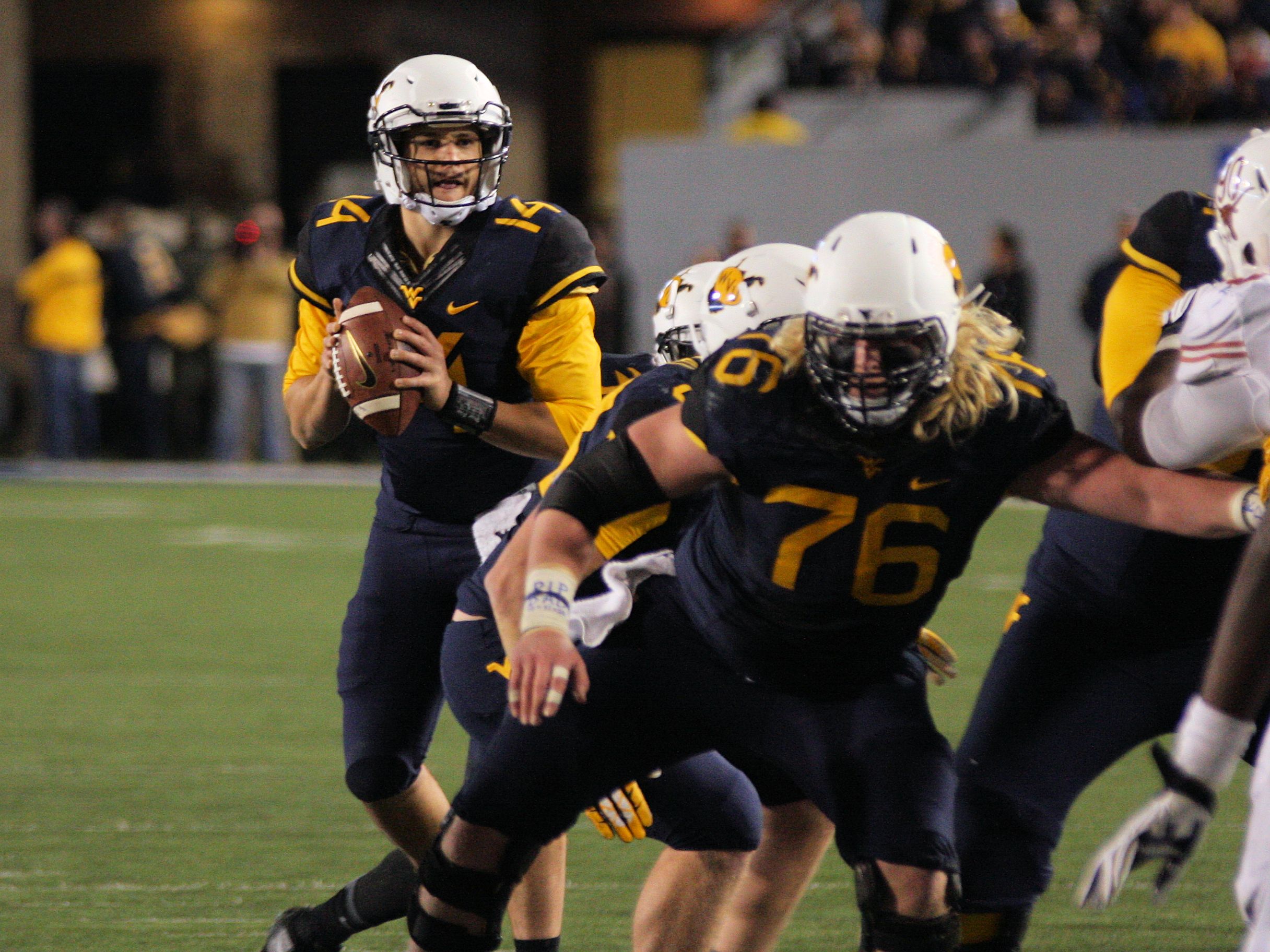 In the hot pocket, Millard aiming to make quicker decisions

In the hot pocket, Millard aiming to make quicker decisions

With as cautious as people are with concussions, it’s almost a certainty that Millard will start.
Check it out:

With Trickett awaiting clearance from post-concussion symptoms, it’s likely Millard will garner his third start of the season during Saturday’s game in Lawrence. Better decision-making in the pocket will be crucial, though the Kansas pass rush has lacked the fervor MiIllard witnessed from Texas. Though six Big 12 games, the Jayhawks have a league-low seven sacks, compared to the Longhorns’ 24.

Millard’s bullpen appearance against UT had its moments: He led WVU to 31 points and threw for 259 yards, including a 72-yard touchdown to Mario Alford. But he also was picked off twice, missed two open receivers on possession routes and overthrew an uncovered Charles Sims on a seam pattern that could have become a 75-yard score with the middle of the field vacated.

No longer dwelling on those mistakes, Millard said he’s focused on playing better at Kansas: “If you ask yourself what-if questions you’ll make yourself sick all the time. We had a lot of chances to win that game and didn’t get it done.”