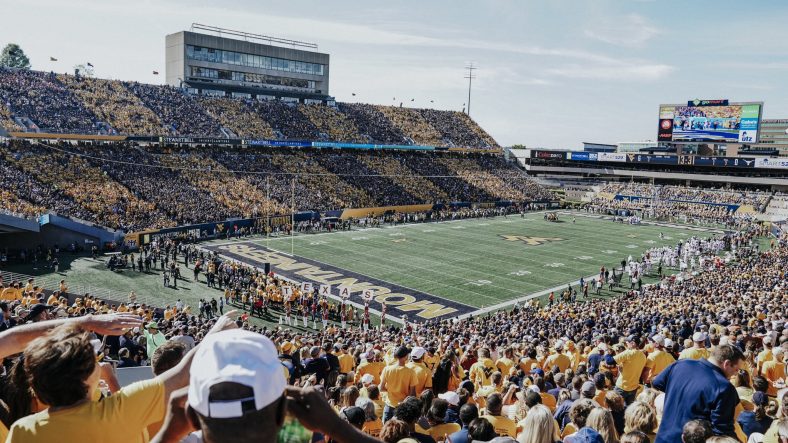 West Virginia’s opening drive of the game was a brilliant clinic on using the short passing game in lieu of run plays and was topped with a perfect Austin Kendall pass to Freshman wide receiver Sam James for the touchdown.  Kendall has struggled to complete the long pass early in the season but that particular pass was right where it needed to be for Sam James to go get it.

Kendall’s very next pass, however, was a terrible interception that led to a Texas touchdown pass from Sam Ehlinger to 6’6 Freshman Wide Receiver Malcolm Epps.  Epps is listed as 6’6 but looked 7’0 against Nick Fortune.  Kendall’s errant pass was a huge momentum-changer as the Mountaineers were up 7-0 and had the ball and a home crowd in a fever pitch.

Texas went up 21-14 at the half and the 3rd quarter was a defensive battle with the Mountaineers scoring a field goal while shutting out Texas.  However, Kendall made two terrible decisions in the 4th quarter and Texas capitalized on the mistakes by extending the lead to 35-17 on a touchdown pass to left tackle Sam Cosmi.

The Mountaineers gave a great effort and the defense should be very proud of what they did today, but the missed field goals, poor play by Austin Kendall and the talent discrepancy between the two teams was just too much.  West Virginia, 3-2, will be back at home next weekend to face the 3-2 Iowa State Cyclones in an important Big 12 Conference game for both teams.