Horns Down in Morgantown 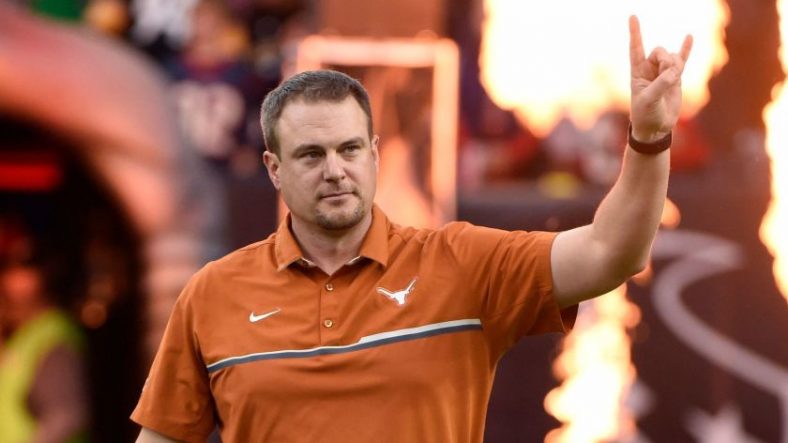 College football is a landscape in which everyone tries to be bigger and better than everyone else – from facilities to recruiting to donors to fan base – and the University of Texas football program has it all and is privileged in ways that most schools can only dream about.  Tom Herman calls Texas the “Mecca of College Football” and championships are expected.

For a school that has everything and expects a return on its investment, Texas has been painfully, woefully average over the past 10 years.  The Longhorns’  66-53 record in the past 10 decade – with four losing records during this time span – is unacceptable and shocking given its privileges in the college football world.

Many privileged people, rather than appreciating what they have, instead focus on what they don’t have.  Enter Tom Herman, Head Coach of the Texas Longhorns.  Not only does he want the best facilities and recruiting opportunities and donors and fan base in the country, he wants every possible advantage he can get.

To say that Tom Herman is a privileged crybaby is an understatement.  His whining and moaning and complaining is a thing of legend.  Following West Virginia’s 42-41 upset win in Austin last year, Herman looked for every conceivable answer to why his team lost and whined about Will Grier and David Sills’ use of the “Horns Down” gesture, saying, “I thought taunting before you cross the goal line negated a score.  I’ve got to brush up on my rules and get some questions answered.”

Texas quarterback Sam Ehlinger followed his coach’s lead, adding, “I remember every single team/player that disrespects the rich tradition of the University of Texas by putting the Horns down.  Do not think it will be forgotten in the future.”

Make no mistake, Herman and his players are extremely disappointed and will be looking for revenge against the Mountaineers in Morgantown, but what they haven’t considered is how the West Virginia fan base feels about people of privilege complaining about their circumstances.  West Virginia is full of underprivileged people who, rather than complain about their disadvantages, choose instead to focus on what is great about our state.

If Tom Herman and his players expect West Virginians to feel bad about the “Horns Down” controversy last year and give them the royal treatment when they come to Morgantown, they are delusional.  The people of West Virginia don’t mind privilege, but privilege combined with complaining about their privilege is infuriating for a group of people who have so little and have never whined or complained about it.

In other words, Tom Herman and the Texas Longhorns players will see more “Horns Down” than they’ve ever seen in their entire lives next Saturday, October 5th.  On their flight back home, they’ll have “Horns Down” in their nightmares as they travel back to Austin with another loss at the hands of the Mountaineers!