“Horns Down” a Penalty or Not? 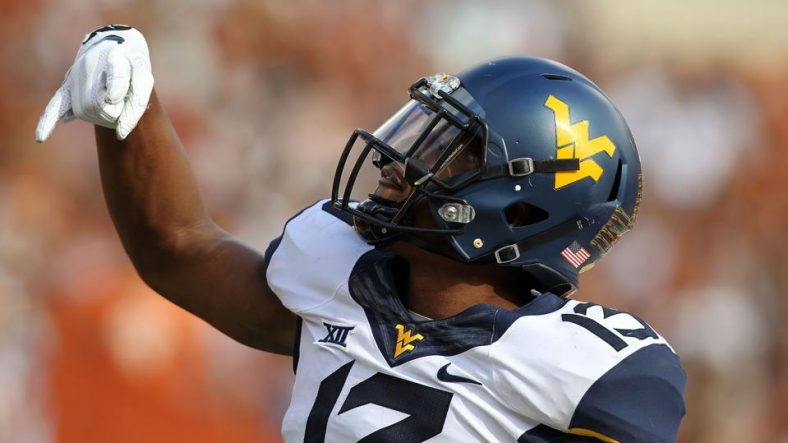 During the Big 12 Media Days, the Big 12 Conference Coordinator of Officials Greg Burks was asked about whether “horns down” would be penalized and his answer was surprisingly, shockingly unclear.

He responded by saying, “Like any play, there’s a degree, who it’s directed at.  If they do it in their bench area, we’re not going to look at it.  It would be like any other celebration foul.  So it has to be like almost every other foul that we have.  Does it rise to the level that we need to deal with that?  It’s a hot topic and I know people want us to be definitive about it, but it’s like almost any touchdown celebration.  Is it directed at your opponent, or is it just celebration with your teammates?”

Yes, Mr. Burks, we would like some clarity on the rules of the game.  Coaches and players deserve to be made aware clearly of what is a foul and what is not a foul.  Rather than tip-toeing around the issue, why not simply say, “No, it is not a foul” or “Yes, it is a foul.”

The fact that a seemingly innocuous gesture could even be considered a penalty is ridiculous.  “Horns down” is not an offensive gesture.  It is not harmful to a large group of people.  It’s a meaningless, fun way to take a jab at the Texas Longhorns.  How can Texas coaches, players, administration and fans be so hurt by it?

When asked if opposing players would be penalized for doing “horns down” to the Texas crowd, to the Texas student body, like Will Grier did last year in Austin, Mr. Burks stammered for a moment and finally said, “That, uh, uh, yeah, that would probably be a foul.”  In that situation, when we’ve discussed it, by rule, anything that is prolonged and brings attention to the individual rather than the team, is a foul.  My advice would be if you want to do it, do it back with your team on your sidelines.”

Unfortunately the lack of clarity will almost certainly lead to coaches around the Big 12 telling players to simply not do “horns down.”  Once again, the Big 12 conference is going out of its way to protect Texas and it’s a real shame.  Neal Brown, an intelligent coach who obviously values the team before anything else, has likely already informed his Mountaineers that “horns down” will not be tolerated in the coming season.

Big 12 what do we think of the new Horns down ruling? pic.twitter.com/GMApRH8i3x