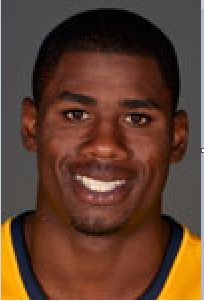 Dang. He would have been a tremendous help to us this season.
Check it out:

West Virginia University men’s basketball coach Bob Huggins announced today that Jonathan Holton’s appeal for a waiver request to play this season has been denied by the NCAA.

Holton, who transferred to West Virginia from Palm Beach State Community College, will continue to practice with the team. He will have two years of eligibility remaining beginning with the 2014-15 season.

“I know Jonathan is disappointed by not being able to compete this season, but he has had a terrific attitude in practice and will use this redshirt season to work on his game and become a better basketball player,” says Huggins. “We look forward to Jonathan having two full seasons of eligibility remaining.”

A 6-foot-7 forward from Miami, Holton averaged 10.2 points and 8.1 rebounds per game as a freshman at Rhode Island, earning a spot on the Atlantic 10 All-Rookie team. He started 26 of 31 games, averaging 28.5 minutes per contest. Holton was fourth in the Atlantic 10 in rebounding and second in offensive rebounding. In conference games, he averaged 9.4 rebounds per contest, including a season-high 18 rebounds in a game at Fordham.

Holton ranked sixth among all freshmen nationally in rebounding and double-doubles, with eight. He registered 10 or more rebounds in a game on 10 different occasions. Holton was named Atlantic 10 Rookie of the Week on four occasions, including a stretch in which he received the award three straight weeks.