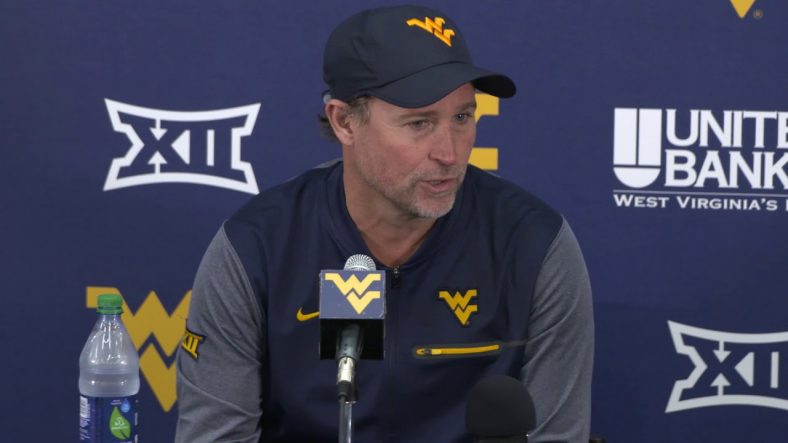 Not only did the Mountaineer players not show up for the game Saturday, but they also didn’t show up for postgame interviews. Was Holgorsen’s postgame approach OK?

The last time a WVU football player spoke with a member of the media was when ABC sideline reporter Holly Rowe spoke with Will Grier.

Grier invited Rowe to his home to join his fie and daughter for breakfast this week.

There’s nothing wrong with this. Grier and Rowe were doing their job. At that point Grier was looking like a Heisman candidate and the more exposure the better.

When it comes to the Mountaineer players bypassing the postgame interviews that was not OK. And the decision to do this had to come from the head coach Dana Holgorsen.

57,507 fans braves the elements and spent their hard-earned money to watch the Mountaineers lay an egg. These same fans want to hear what the players have to say after an effort like that. Dana Holgorsen let his players bypass that and denied the fans the opportunity to get something they expect and deserve.

Then there are the people that planned their Saturday afternoon around this game and want to hear and see the player reactions to the debacle. What was Will Grier thinking when he threw four interceptions? Why couldn’t Justin Crawford hang on to the ball?

Part of being a college football player is growing up. You need to be accountable for your action. Learning to handle adversity is much more important than how to tackle for most of these players. Dana Holgorsen let it slide this time and it was the wrong thing to do.

Players like Will Grier are the face of the program. Going to the postgame interview would have given him a chance to reveal more character and learn how to handle adversity. Fans want to know why he threw four interceptions just as they want to hear about how great it was to throw five touchdowns.

Hopefully Dana Holgorsen learns from this mistake and forces his players to do their job after a tough loss and sends them to the postgame interviews.