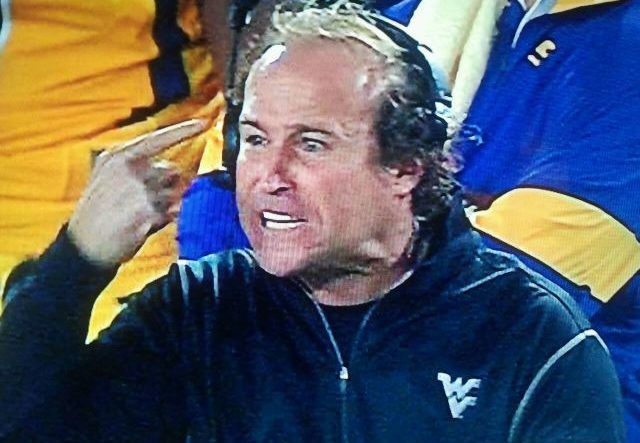 With the West Virginia Mountaineers set to take on the No. 11 Oklahoma State Cowboys, Dana Holgorsen urges Mountaineer fans to pack the house in a chilling hype video. Holgorsen had this message for fans:

“Let’s get up early, let’s get there, let’s be wild, let’s enjoy the atmosphere.”

The No. 22 Mountaineers will be looking for their second victory over a ranked team in three weeks. Also the opportunity exists to take another step toward a Big 12 championship.

Coach Dana Holgorsen knows what kind of impact a rocking Milan Puskar Stadium can have on the game. He made a note of that in this awesome hype video.

“We’ll feed off of what the crowd does and it could be the difference in being able to come away with a win over a top-10 team.”

The all-time series between West Virginia and Oklahoma State is locked up at 4-4. The Pokes have won the last two contests including a 33-26 victory during their last trip to Morgantown. This weekend someone has to take an early lead in this young rivalry.

The game between the West Virginia Mountaineers and Oklahoma State Cowboys is set to kick off Saturday at noon and will be televised on ABC.