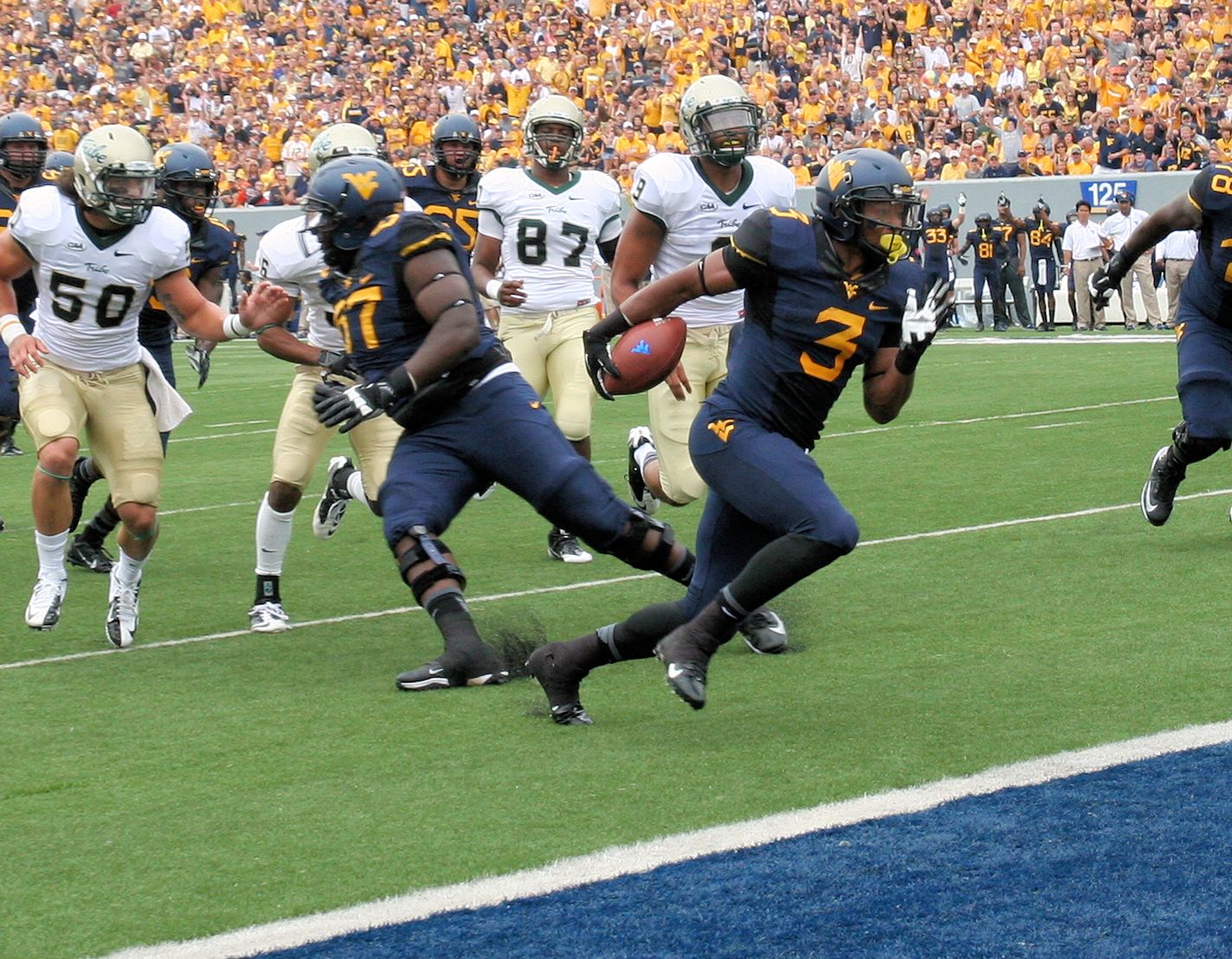 There should be plenty of touchdowns flying tomorrow!
Check it out:

It’s the first ever meeting between West Virginia (1-1, 0-1) and the Panthers (0-2), a relatively new team in their first season at the FBS level.

“They’re a young program,” said West Virginia head coach Dana Holgorsen. “It’s Trent Miles’ first season there. He turned around Indiana State while being there for four or five years, to the point that they were a pretty good FCS team. He takes the Georgia State job in its seventh year of football and transitions them to the Sun Belt Conference.”

“In the CAA (Colonial Athletic Association) last year, they didn’t have a tremendous record, but they played a lot of good teams. I’ve talked about the CAA to our team, and we know what they’re all about with William & Mary and what Towson has been doing, and James Madison, so they play good football.”

The Mountaineers squandered a number of good opportunities to take control of a turnover prone Oklahoma last weekend on the road in Norman, Okla.

WVU fans to ‘Stache the stadium’ this weekend
Is GSU the weakest WVU opponent in the last 30 years?