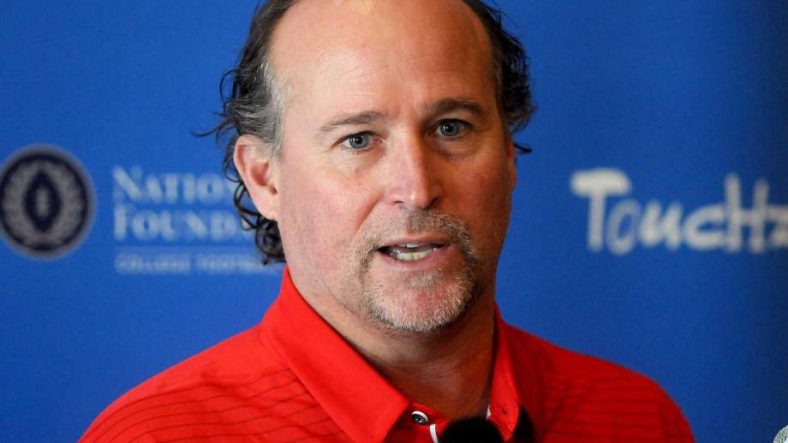 Dana Holgorsen, the former WVU Head Coach and now the current Head Coach at Houston, recently claimed that he was going to take his team into Norman, Oklahoma, and come home with a win against the #4 ranked Sooners.

“I’ve always released a depth chart,” Holgorsen said. “I’ll release one … you know, why they don’t post put one out it’s just, I mean, kind of silly to me. So if they’re not putting one out, I ain’t putting one out. I guess I’ll put one out with those funny ‘eyes’ and stuff like that.”

Holgorsen did later concede that perhaps the team has yet to decide on starters at certain positions.

“Now I do understand that you want to have competition within every position. So there is honestly some positions on our team right now we don’t know who the starter is,” Holgorsen said. “And that’s probably the same thing for them and we’ll figure it out soon enough.”

Houston travels to Oklahoma for their season-opener on Sunday night at 7:30 on ABC.  Holgorsen’s Cougars are currently 25 point underdogs.