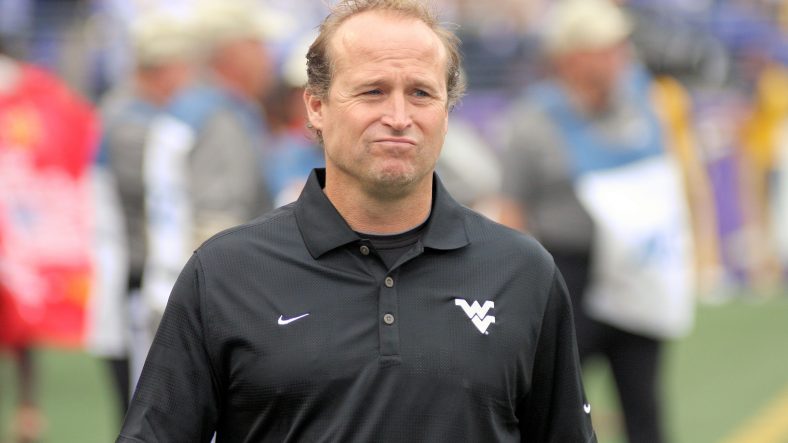 My biggest concern is when he said he didn’t know how to fix it. What do you think needs to happen?
Check it out:

A soaked and sullen Dana Holgorsen was contrite following Saturday’s 37-0 loss to Maryland.

Holgorsen, who is not known for his public relations acumen, made his best call of the day by loading full responsibility on his own shoulders.

“It’s all 100 percent on me,” said Holgorsen. “Obviously, offensively we are as inept as we can possibly be. I accept responsibility for that.”

In an age of excessive excuse-making, Holgorsen deserves credit for manning up. Still, it doesn’t change the fact that the Mountaineer football program has taken a precipitous slide.

One year ago, the Mountaineers were 5-0, ranked fifth in the country and led by a Heisman Trophy candidate at quarterback. However, since the Texas Tech game of 2012, West Virginia has lost eight of 10 games to FBS teams. (The two wins were against Iowa State and Kansas.)