High School Coach Wants to Win At All Costs 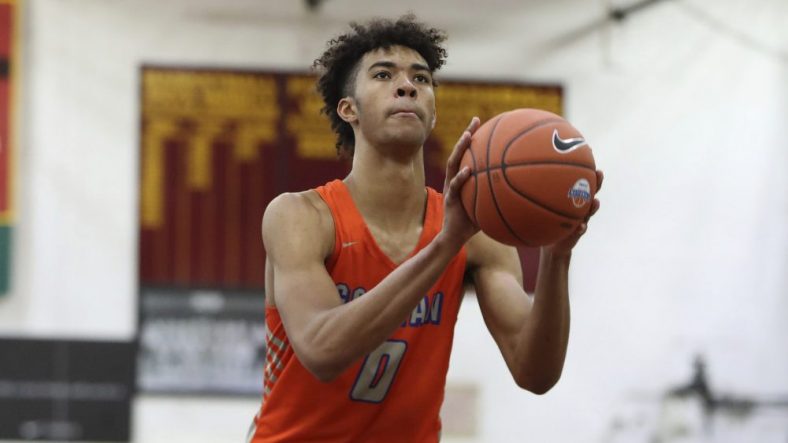 Chad Beaton, the Head Basketball Coach at Durango High School in Las Vegas, Nevada, has had an accomplished career while coaching high school basketball in Nevada. While at Clark High School, he won the 3A Nevada State Championship in 2014, 2015 and 2016.

Beaton was caught on video in the locker room advising his players to resort to dirty tactics to stop West Virginia commit and 4 star recruit Isaiah Cottrell, who is originally from Las Vegas. Cottrell, who now attends Huntington Prep High in Huntington, West Virginia and will play for the Mountaineers in the 2020 season, retweeted the video of the opposing team’s coach explaining how to defend him.

In the video, Coach Beaton tells his players, “Crack him.  If you crack him early you put him on his ass. Then next time he goes for a rebound he’ll think again about that forearm.  Every time you’re leaning on Cottrell and the refs not looking, you’re cracking him in the ribs!”

Cottrell responded on Twitter by saying, “What it takes scrub” with a thumbs down.

Whatever it takes?? scrub https://t.co/OlAMf8KmXI

Cottrell will play on an ultra-talented Hungtinton Prep team alongside WVU target Jaemyn Brakefield and several other top recruits.  Cottrell recently visited Morgantown on his official with Brakefield and they attended West Virginia football’s huge home win against NC State.