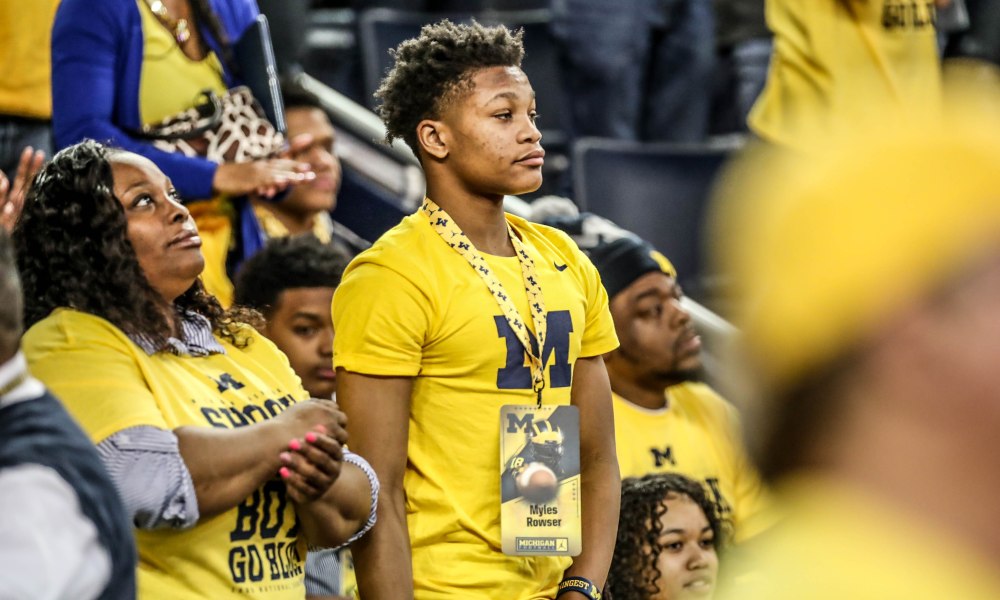 Today, “Candyman” released his first Top 10 schools on Twitter and West Virginia made the cut:

College Football Today put Rowser on the front page of their 2022 Recruit Rankings.  In addition, he was ranked as the #25 overall recruit in the country in 2022 according to the website:

Myles Rowser has gone from 7-10 FBS offers the last few days. He has made the front page of our 2022 football recruit rankings with his new offer edit!https://t.co/T09ph1lN6t@MylesRowser @CoachJim4UM that is some fire right thurrr!!!! #CFBnews pic.twitter.com/qOIN51yF0s

Although Michigan is listed as a 100% lock to land Rowser on 247 Sports’ Crystal Ball Prediction, it is very early on in the recruitment process.  With Coach Pogue working on him, anything can happen, particularly if we can bring him to Morgantown for a visit.

He’s Been Compared to Tavon Austin, now can he live up to the hype?
WVU Football Gets Local Star Player