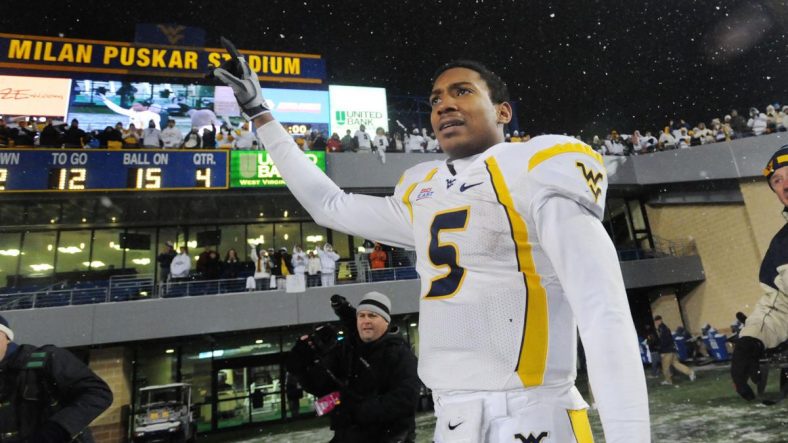 Pat has already advanced and been named one of the four to be on Coastal Alabama’s Mount Rushmore of high school football. He was named along with Julio Jones, C.J. Mosley and T.J. Yeldon. Yeldon and White were both Daphne Trojans.

This accolade is even more incredible when you look at some of the guys who missed the cut:

White, Yeldon, Jones and Mosley are the four guys will advance to the finals, where they hope to be named to the top four high school football players in Alabama since 1965. Mountaineer Sports will be sure to make it known when the voting starts. It will be in August at a date to be determined.

Coming out of Daphne, Pat had some opportunities to play football in the SEC, but Rich Rodriguez gave him the chance to play quarterback. Thankfully for Mountaineer fans White took it. And the rest is history.

Pat is currently the quarterbacks coach at Alcorn State and the host of The PWPod.