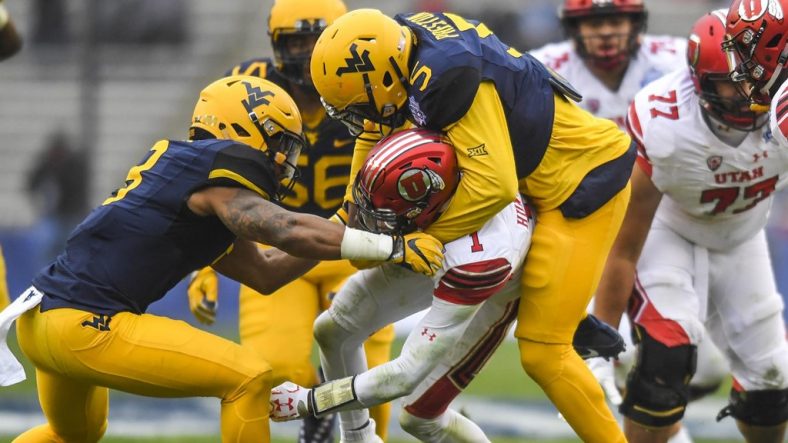 It’s not uncommon for West Virginia University to be confused with “Virginia” or “Western Virginia.” The Heart of Dallas Bowl totally botched the Mountaineer schedule.

The Heart of Dallas Bowl media guide had the complete wrong schedule listed for the Mountaineers. If the Mountaineers played this schedule, hopefully they would have done better than 7-5.

Here is a photo of the schedule that BlueGoldNews tweeted:

Anyone see a problem here? pic.twitter.com/jCaYv5o3uK

The Heart of Dallas Bowl rolled with the schedules of one of their 2016 entrants. It’s the schedule of the 2016 North Texas Men Green. Typos happen, but forgetting to swap out an entire schedule is a bit much.

Unfortunately things did not get any better once the actual game started. Utah dominated West Virginia from beginning to end.

One thing is for sure after this game. Will Grier is an important component of the Mountaineer offense. David Sills can agree as he was held without a catch.