Has Karl Joseph Had a Fair Shake in Oakland? 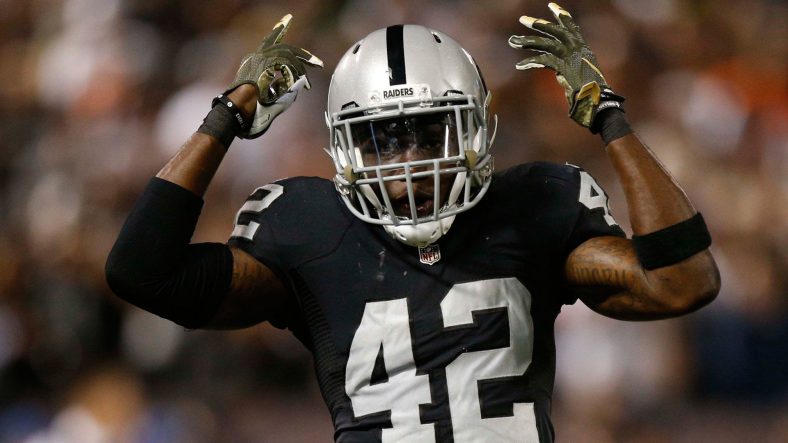 The Raiders made it official they are not picking up Karl Joseph’s 5th year option. This is news because the deadline just passed for teams to make this decision and only two players chosen ahead of Joseph did not have their option picked up.

Joseph was taken with the 14th overall pick in the 2016 draft. The two players ahead of him who did not have their 5th year option picked up were tackle Jack Conklin of the Titans and Eli Apple of the Saints who was drafted by the New York Giants.

Even though only two players ahead of Joseph who did not have their option picked up, it’s very common for this to happen with first rounders. This year it was right around Joseph’s pick where it started to become a lot more common.

Raiders czar Jon Gruden downplayed the importance of declining the option. He stressed that doing this does not mean they don’t want Karl Joseph to be a captain or leader on this team.

When it comes to Jon Gruden, actions speak louder than words. It was very telling when Joseph was only on the field for ten snaps over the first six games of the season.  Over the second half of the season he established himself as a contributor on defense, but not picking up the 5th year option is not the only reasons many are skeptical of Joseph’s future with the Raiders.

The Raiders used one of their three first-round picks to choose safety Johnathan Abram of Mississippi State. Raiders general manager Mike Mayock and Gruden had too high of an opinion of Abram to let him slide past their pick, despite having Karl Joseph in the same position with a similar style of play.

As far as on-the-field production has Karl Joseph lived up to his hype as the 14th overall pick? When former Raiders GM Reggie McKenzie drafted him that early it was viewed as a reach. Him coming off of a knee injury combined with his lack of size, it made taking him at 14th seem risky. In three seasons Joseph has three interceptions, 187 tackles, three sacks, 12 passes defensed, a forced fumble and two fumble recoveries.

Pro Football Focus rated Joseph as a 74.5 who excels in coverage. While he was a solid player during the second half of the 2018 season, the problem with Joseph is he was drafted too high and as a result his salary is too high. Also there has never been any question that Karl Joseph is a hitter.

Karl Joseph, coming down from the 2-high alignment with a head of steam is a thing of beauty. pic.twitter.com/raVv3f91IM

So has Joseph been given a fair shake in Oakland? It’s debatable, but the regime change certainly did not help his cause. It is yet to be determined whether Gruden and defensive coordinator Paul Gunther are looking at Abram as his replacement or someone that can play alongside of him. If Joseph continues in his current role, he will probably need to take a pay cut in order to stay in Oakland. If his play improves and his role increases, despite the declining of the 5th year option, it is a possibility that Joseph is in Oakland beyond the 2019 season.

Karl Joseph was a great Mountaineer, but it’s still up in their air on whether or not he can be a consistent, above average player in the NFL. Let’s end this on a good note and show Karl Joseph crushing an Oklahoma receiver. Targeting be damned.