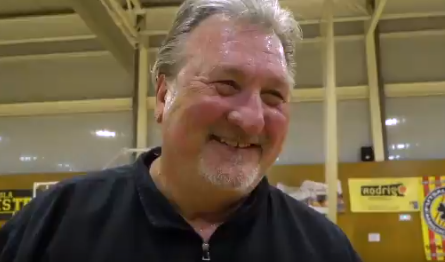 The WVU men’s basketball program was 3-0 during their trip to Spain, resulting in a smiling Bob Huggins answering questions after the win over Barcelona.

When asked to talk about the game over Barcelona, Huggins talked about the effectiveness of Derek Culver.

“When we really need to score we can throw it close to the big fella, he’s pretty good down there.”

Huggins was asked for his thoughts on the tour in general.

“I think it’s good for us. I think the best thing is just being able to play together.”

"I think the best thing is just being able to play together," – @CoachHuggs following WVU's 98-67 win in Barcelona.

That’s certainly true that the team being able to get game and experiences and practice together will give them a huge advantage moving forward.

It was also great to get to see the new guys get on the court and get some experience. Despite being just a couple months removed from high school, Miles McBride looked like he belonged out there.

It’s easy to see that Logan Routt took his offseason program very seriously. The big man from Cameron, West Virginia looked in much better shape and was much better finishing around the basket.

This team looks to have much more depth than last year’s version. This team will easily be able to go ten deep and this gives Huggins the option to go back to being Press Virginia as he has already mentioned doing.

More Stories on the Trip to Spain

West Virginia Has Been Absolutely Dominant in Spain

Inside Oscar Tshiebwe’s Absence from Spain

While getting wins over these teams in Spain was expected, the way they do it was what made it impressive. This is a team that is sharing the ball, knocking down open jumpers and getting after it on defense.

And we don’t care what the officials said, we’re giving Bob Huggins for getting his first technical across the pond.