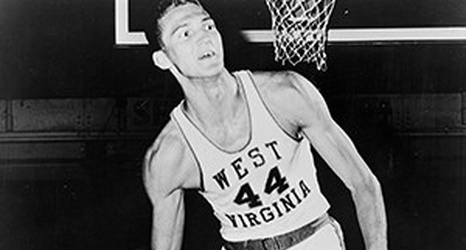 Just this past season West Virginia recognized the 1958-1959 basketball team and Jerry West was in town for that.

Not only did West have an outstanding career at West Virginia University, but as everyone knows he went on to be “The Logo” for the NBA.

West was one of the architects for the NBA’s current dynasty, the Golden State Warriors. He has since moved on and played a big role in the resurgence of the Los Angeles Clippers, who surprisingly made the playoffs and are set to be key players in the free agent sweepstakes of Kawhi Leonard and other NBA superstars.

Jerry West is a winner everywhere he goes and we are proud to call him a Mountaineer.