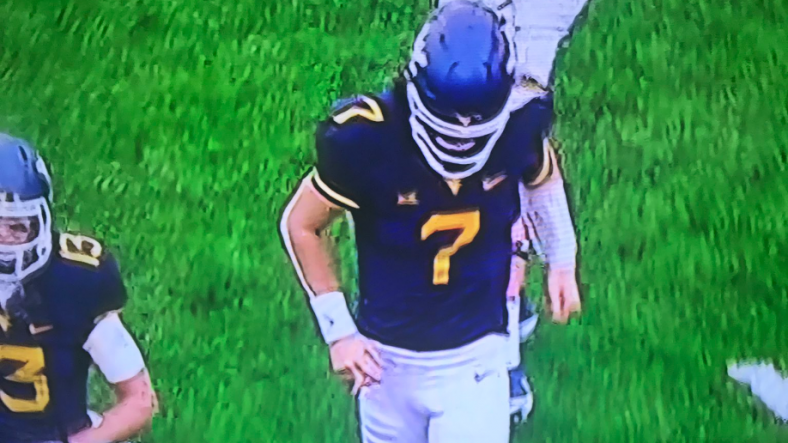 On a design run play, West Virginia quarterback Will Grier dove for the pylon and in one swoop West Virginia lost their star quarterback, a touchdown and any chance at moving the ball on the Horns.

The ball was knocked loose before Grier reached the pylon, which resulted in a touchback, even after further review. To make matters worse Grier suffered a gruesome break of his finger.

Texas was able to shut down the Mountaineer offense and win by a final score of 28-14. The Mountaineers were simply unable to move the ball after Grier was replaced by redshirt sophomore Chris Chugunov. He completed 14 of 28 passes for 189 yards and a touchdown. The other touchdown came by way of a Kenny Robinson pick six.

The only other Mountaineer score came on a 12 yard TD pass from Chugunov to senior Ka’Raun White to pull WVU within a touchdown with nine minutes remaining.