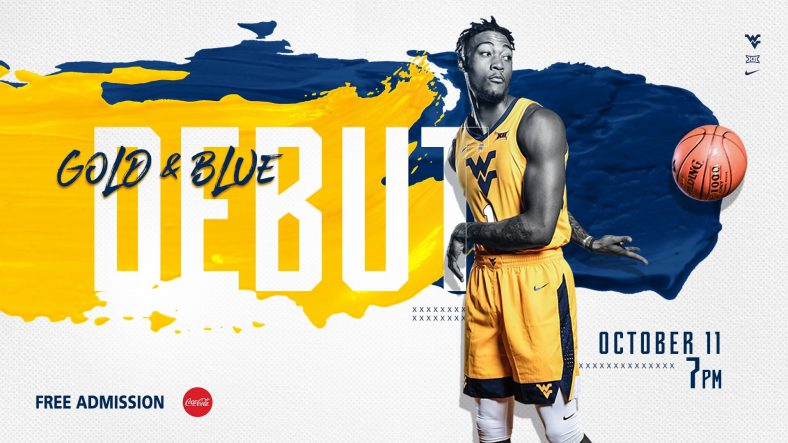 Fans got their first look at the West Virginia’s basketball team and this team appears to be much improved from last season.  This is a far more athletic, better defensive team than last year’s team and will certainly have better results.

Coach Huggins opened up the scrimmage by addressing the fans, saying, “Let’s fill this place 18 times and let’s go win a championship!”

Sophomore Emmitt Matthews Jr., who Bob Huggins called the most improved player on the roster this season, showed off his improved range and hit a 3 pointer early in the game.  He ended up with 8 points on 3-8 from the field and 2-4 from three point range.

Oscar Tshiebwe, the 5 star McDonald’s All-American in high school last year, saw his first action as a Mountaineer and led the Mountaineers with 15 points on 7-11 from the field and also added 11 rebounds.

Get used to this! Big O with the steal and slam.#HailWV pic.twitter.com/YCrWlHQzWz

Derek Culver, playing alongside Tshiebwe on the Blue team, added 15 points on 7-13 from the field.  Jordan McCabe added 6 points and 2 assists and newcomer Sean McNeil had 8 points on 2-4 from 3 point range.

The Gold (actually wore gray jerseys) were led by Taz Sherman’s 18 points and Jermaine Haley’s 15 points.  A real bright spot on the Gold team was Miles McBride, who had 11 points, but also 5 steals and 3 assists.