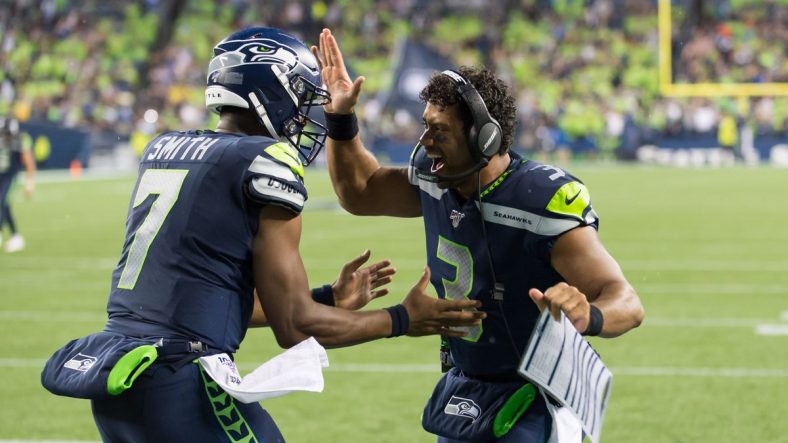 After a long preseason battle with former first rounder Paxton Lynch, Geno wins the job. He sealed the deal with a big performance over the Raiders.

Lynch was the 2016 first round pick by the Denver Broncos and was once assumed to be the successor to Peyton Manning. He had all the measurables, standing 6’7 and having a big arm to go along with plus athleticism.

In his last game of the preseason, Smith threw two touchdowns, leading the Seahawks to a win over the Oakland Raiders. He was 4-of-7 for 107 yards while Lynch was 1-of-7 for 4 yards.

Geno went deep to undrafted free agent wide receiver Terry Wright on the opening drive, hitting him with a 39-yard touchdown pass to put the Seahawks up 7-0.

In the second quarter Geno linked up with tight end Jacob Hollister to put the Seahawks up 14-3.

Geno Smith has established himself as a backup in the NFL and should have several more years in the league doing just the same.