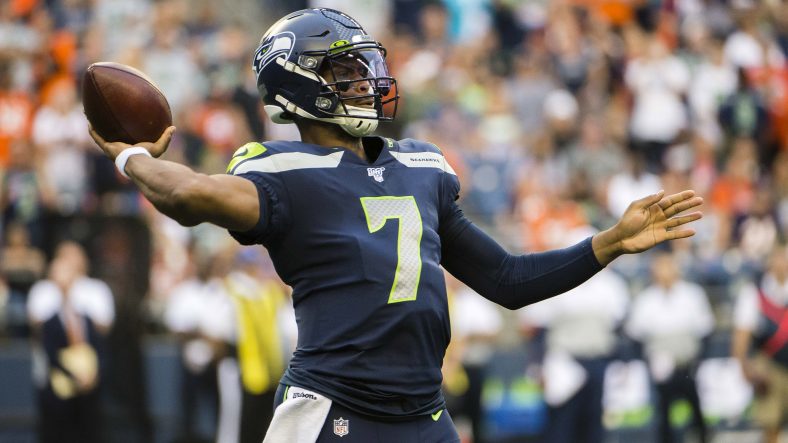 The Seattle Seahawks have re-signed former West Virginia quarterback Geno Smith.  Smith, 28, was initially cut and did not make the 53 man roster prior to the Seahawks’ trade with the Texans for Jadeveon Clowney being officially completed.  Once that trade was official, Smith’s roster spot was again available.

Smith has battled Paxton Lynch in the preseason to become Russell Wilson’s backup in Seattle and eventually won the job after performing well in the Seahawks’ final preseason game.  Following the announcement that he was the backup, Smith was released and was temporarily a free agent.  Now, he is again the backup quarterback for the Seahawks.  What a wild weekend for the former Mountaineer!

While at WVU, Geno had an incredible career with the Mountaineers, throwing for 11,662 yards, 98 touchdowns and only 21 interceptions.  Following his time in Morgantown, Smith was drafted by the NY Jets with the 39th overall pick in the 2nd round of the 2013 NFL Draft.