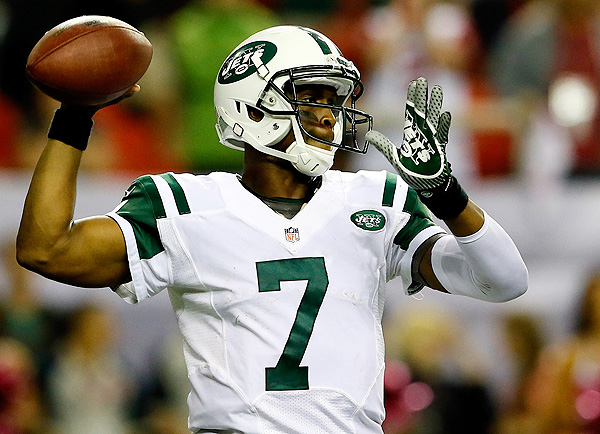 Geno is turning into a fabulous NFL quarterback!
Check it out:

Instead of micromanaging Geno Smith by making him wear a color-coded wrist band, New York Jets coach Rex Ryan came to his football senses and actually challenged his rookie quarterback to take the opposite approach Monday night.

“Let ‘er rip and play with no conscience,” Smith said of his coach’s edict.

Smith played out of his mind, all right.

Eight days after the ugliest four-turnover performance you will ever see, Smith delivered a possible turning-point game for him and the Jets, rallying them to a dramatic, last-second upset of the Atlanta Falcons, 30-28, at the Georgia Dome.