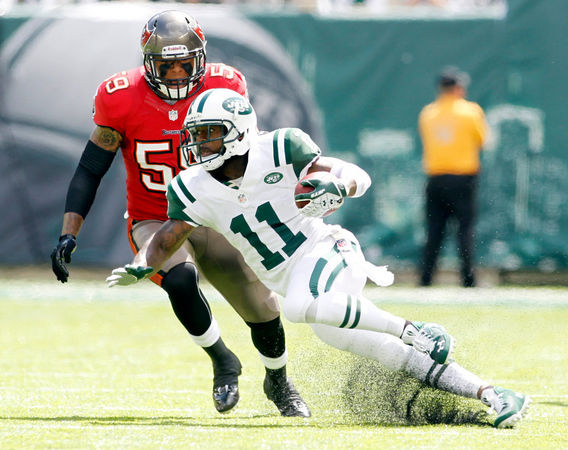 Geno Smith shows toughness and poise in his Jets debut

Geno Smith shows toughness and poise in his Jets debut

Geno made Mountaineer nation proud today with his first NFL victory.
Check it out:

He engineered the most un-Jets-like victory in years, finally giving a beaten-down fan base a reason to celebrate. He bailed out his embattled head coach, who admitted his poor defensive call nearly ruined the day.

He completed 24 passes to eight different targets — Who knew the Jets even had that many? — and proved that his legs will be another weapon for this team with 47 rushing yards.

But the best thing rookie Geno Smith did was take one extra step in the final seconds of this wild game. He had to know it was going to result in another hit on a body that absorbed plenty of them in this 18-17 rock-fight victory over the Tampa Bay Buccaneers. He took that step anyway.

Rigg Tweets He’s “Alright” After Collision in WVU Loss
Will There Be Change?