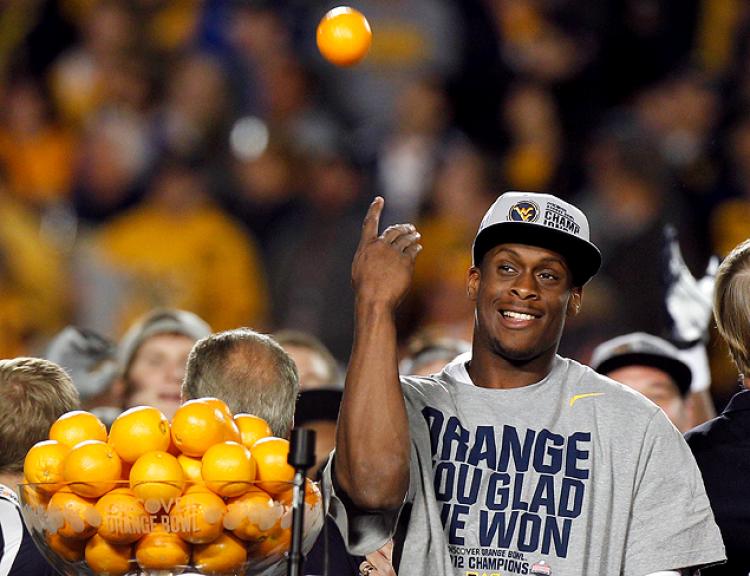 Former Mountaineer Geno Smith is set to start over Eli Manning when the New York Giants take on the Oakland Raiders, according to Giants coach Ben McAdoo.

“Geno will start this week,” McAdoo told Michael Eisen of giants.com. “Over the last five games, we will take a look at Geno, and we will also give Davis [Webb] an opportunity.”

Breaking: Eli Manning has been benched. Geno Smith will start for the Giants against the Raiders. pic.twitter.com/hrjh0VuCgr

Geno will also become the answer to a trivia question. After 210 consecutive starts by Eli Manning, the second-longest streak by a quarterback in NFL history, Smith will be the first quarterback to start in Manning’s place.

The New York Jets chose Geno Smith in the second round of the 2013 NFL draft. The Mountaineer great was a first-team All-Big East selection in 2011 and second-team in 2012.

This is Geno Smith’s first season with the Giants. Their record is 2-9 and are looking to explore all of their options, according to general manager Jerry Reese.

“This is not a statement about anything other than we are 2-9, and we have to do what is best for the organization moving forward, and that means evaluating every position,” Reese said during an interview with NFL.com. “I told Eli this morning that an organization could not ask for any more in a franchise quarterback. He has been that and more. Nobody knows what the future holds, but right now, this is what we think is best for the franchise.”

The game between the Giants and Raiders is scheduled for 4:25 p.m. EST and will be televised on FOX.

WVU Climbs In The Rankings
After Football Failures Can Huggins Pick Up WVU Fans?