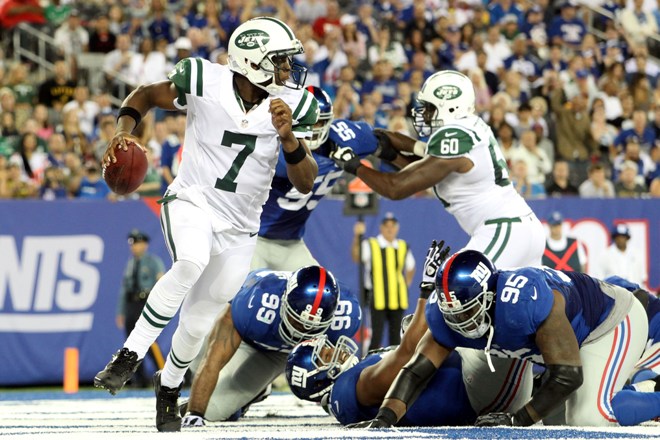 Good Job Geno!
Check it out:

As a result of his stellar performance in the Jets 30-28 win over the Falcons on Monday Night, Geno Smith was named the AFC offensive player of the week.

The Jets rookie quarterback completed 16 of 20 passes for 199 yards, three touchdowns and no turnovers in the primetime game. He lead the Jets downfield in the final two minutes for his second fourth-quarter comeback of the season.