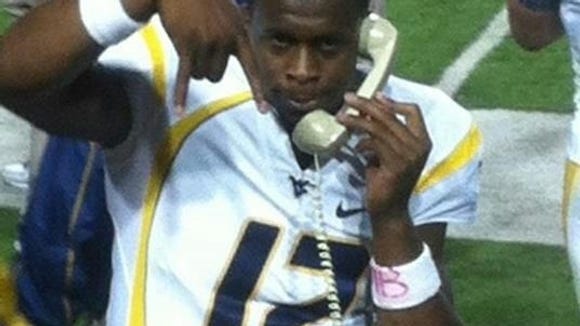 This offseason Geno Smith quietly signed with the Seattle Seahawks. He’s now battling Paxton Lynch for the rights to back up Russell Wilson. After a very strong showing in Los Angeles against the Chargers, it looks like Geno may have taken the lead. This is not how these two quarterbacks saw their careers panning out when they were taken in the draft.

Smith went 11 of 18, throwing for 117 yards and also rushing for this eight-yard touchdown:

Geno Smith shows off his wheels as he scampers in for the @Seahawks touchdown! ? @GenoSmith3#SEAvsLAC pic.twitter.com/DSz6wN7b4I

After being drafted in the second round by the New York Jets with the 39th overall pick he was never able to gain any traction there. Over his first two seasons he started 29 games and threw 25 touchdowns and 34 interceptions. From there the Jets were pretty much through with him as he only appeared in 3 games over his final two seasons as a Jet.

He played for the Giants in 2016 and his only accomplishment there was becoming the answer to a trivia question: which quarterback started in place of Eli Manning when his consecutive games starter streak ended? Giants fans did not handle this well, to say the least.

Last year Geno was in Los Angeles backing up Phillip Rivers. He appeared in five games for mop-up duty. The backup to Rivers rarely gets much time on the field.

This year it looks like Geno is headed toward another year in the league as a backup. This isn’t the NFL career the Mountaineer star dreamed of when he was leading a prolific Mountaineer offense, but he has survived an extremely turbulent start to his career and carved out a niche in the NFL as a veteran backup. This makes his seventh season in the NFL.