Gary Jennings Jr. Released by the Seahawks, But Remains Optimistic 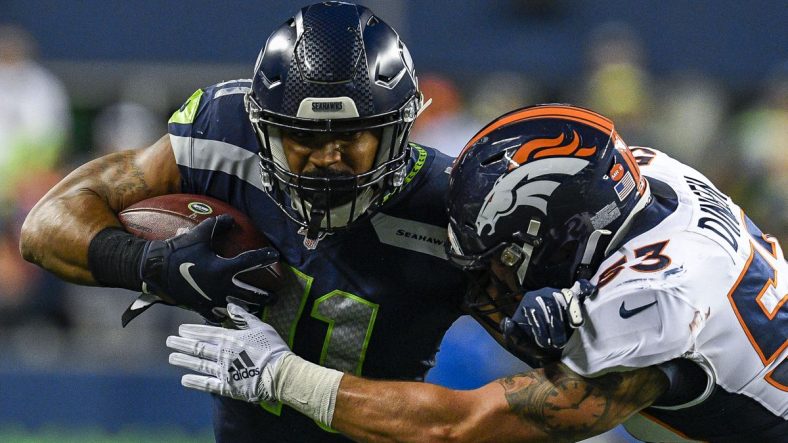 Former Mountaineer receiver Gary Jennings Jr. was released by the Seattle Seahawks on Wednesday, according to Adam Schefter of ESPN.

After their top wideout Doug Baldwin retired, they drafted three receivers in April. Jennings along with DK Metcalf and John Ursua.

Jennings battled through injuries during camp. He was behind when it came to his understanding of the playbook as well as his chemistry with quarterback Russell Wilson.

Even when Jennings did get some chances in the preseason he was not able to cash in.

Despite the tough news, Jennings refused to lose his optimism.

God has never failed me yet

Despite a preseason that left a lot to be desired, the Seahawks kept Jennings during roster cuts. He was a healthy scratch in the first three Seahawks games.

More Stories on Mountaineers in the Pros:

If he clears waivers there is a chance he could be brought back to the Seahawks practice squad.

Good luck moving forward Gary. Mountaineer Nation will be pulling for you.