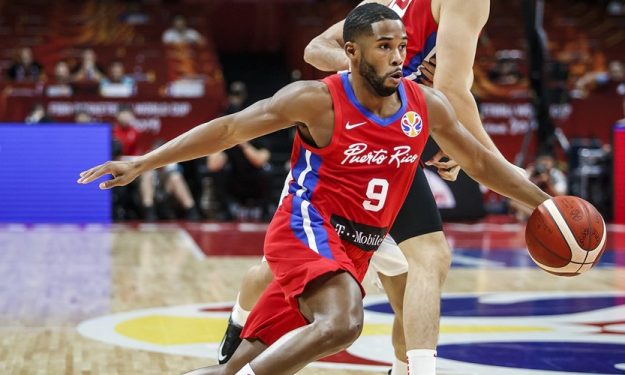 Who could forget Gary Browne? The gritty Mountaineer guard from Puerto Rico who was known for his lock down defense. It turns out Gary is still ballin.’ Now only is he still on the court, but he’s still knocking down game winners.

While representing his home land of Puerto Rico in the FIBA World Cup, Brown knocked down a game-winning shot against Tunisia with less than three seconds to go in the game.

Puerto Rico took the victory by a final score of 67-64. Brown had 10 points, six assists and four rebounds.

After finishing up his playing days in Morgantown, Browne has moved on to a very successful pro basketball career. From 2015 to 2018 he played in Puerto Rico and he has played in Israel professionally since 2017.

More Articles on Mountaineers of the Past:

Just for good measure, let’s close this out with a glimpse of the sweet stroke of Mr. Browne in a Mountaineer uniform during the NCAA Tournament:

Congrats to Gary for hitting a big three-pointer while representing his home country.