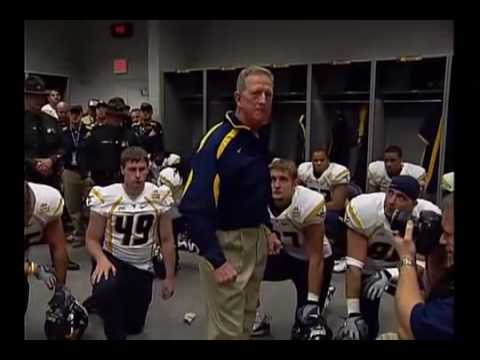 Gametime is hours away. The early games haven’t started yet. What better way to spend your next hour than watching some videos and getting as hyped as possible for the season opener against Tennessee in Charlotte?

Let’s start off with a classic. Bill Stewart. Leave no doubt. I don’t need to say anymore.

Here’s a new one made recently by Nate Walker. The country fans out there will enjoy this one. Good lyrics and jam packed with lots of classic video clips old and new.

How could anyone forget the classic goal line stand by the Mountaineers in Blacksburg? Grant Wiley with an all-time classic play by West Virginia back in the Rich Rod days. Then the Brian King INT to seal the deal.

I don’t know if you’ve heard yet, but West Virginia has a Heisman candidate at quarterback by the name of Will Grier. Check out this video to get you fired up for the Mountaineer star QB.

Then there is a former quarterback who stars at wideout for the Mountaineers. he goes by the name of David Sills V. Check out his 2017 highlights.

How good can the Mountaineers be this season? Desmond Howard says we can go all the way to the College Football Playoff.

The top 10 plays in WVU football history will get you fired up.

This is where we all want to be at the conclusion of today’s game against the Vols.